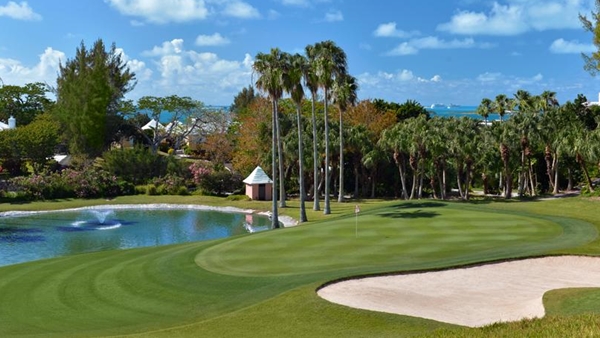 SOUTHAMPTON, Bermuda — While the winds promise to be strong this week in Bermuda, the competition for the Grey Goose World Par 3 Championship will surely be stronger.

“In the short but storied history of the Grey Goose World Par 3 Championship, we’ve seen some great fields, but with the pedigree of the players who are teeing it up this year make it a truly remarkable championship field,” said tournament director Adam LeBrun

Last year, Mouland’s two-day total of 1-under par 107 (51-56) was one shot better than Michael Sims and Camiko Smith, both of Bermuda.

This time around, Mouland says he’ll stick with the same game plan that brought him success in 2014 and just hit one shot at a time. He also admits it feels good to return as past champion.

“It’s always a nice feeling when you are a defending champion,” said the 53-year old St. Athan, Wales native. “This golf course and championship bring back good memories and breeds confidence.”

The Turtle Hill Golf Club has been recognized by Golf Magazine as one of the “Top 5 Par 3 Courses in the World” and is a recipient of Golf Digest‘s “Best Places to Play Golf Award.”

“Turtle Hill features a good mixture of longer and shorter holes,” said Mouland. “Obviously the wind plays a big part, so a good key to be successful on this golf course is to not get greedy,” he said, adding, “par is always a good score when the conditions are tough.”

In addition to the professionals in the championship, the 111-player field is rounded out by an impressive list of amateur golfers—from Bermuda, the United States, Canada and Europe—vying for titles in the men’s, women’s and senior amateur divisions.