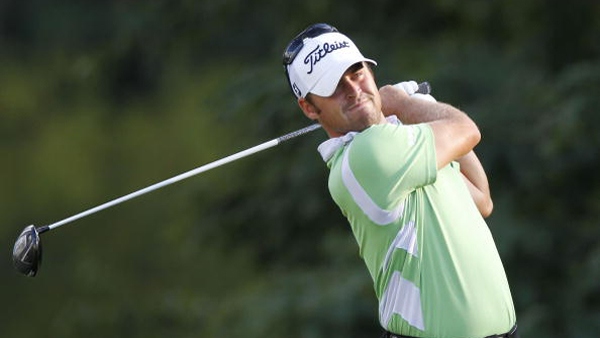 Calgary – Milford, Iowa’s Brady Schnell made PGA TOUR Canada history on Friday, holing out a gap wedge from the fairway on his final hole to shoot a 13-under 59 at Sirocco Golf Club at the ATB Financial Classic. Schnell moved to 14-under through 36 holes to sit two shots back of leader Brock Mackenzie of Yakima, Washington, who shot a 9-under 63 to take a one shot lead over Tulsa, Oklahoma’s Stephen Carney through two rounds.

Schnell, a 29-year old in his third season on PGA TOUR Canada, holed a 122-yard approach with a gap wedge on the 454-yard ninth hole for his final shot of the day. He becomes the second player in PGA TOUR Canada history and the first of the PGA TOUR Canada era to shoot a sub-60 score. Previously, Jason Bohn shot a 13-under 58 in the final round of the 2001 Bayer Championship.

“To shoot 59 is crazy enough, but to hole out on the last hole to do it, I just can’t even believe it,” said Schnell, a University of Nebraska graduate. “That’s the ultimate number, to get inside the 50s. To do it in a tournament on PGA TOUR Canada is even better. I guess it’s what we all dream of, but just to do it in that fashion makes it sweeter too.”

Schnell began the day at 1-under par after an opening 71 and at one point trailed Mackenzie by 15 shots, but quickly gained ground on the leader with an outward 30 on his first nine holes. After five more birdies, he came to his final hole knowing where he stood with a look at golf’s most sought-after score.

“I knew where I was at,” said Schnell. “I just kind of kept track and figured it out, and I was standing in six fairway and said ‘you can make four birdies over the next four holes.’ I lipped out on six for birdie, and then I just made birdie-birdie-eagle.”

While he was unable to accomplish his goal of four closing birdies, one memorable swing made up the difference and put Schnell in the game’s history books.

“I hit a hard 52 [degree wedge]. I felt a little jacked up, and from back in the fairway it looked like it spun back a foot or two,” Schnell said. “I couldn’t believe it when it dropped.”

Earlier, Mackenzie’s 63 gave him a 16-under total through two rounds, tying the record for lowest 36-hole score of the PGA TOUR Canada era.

“I knew I was playing well, but I didn’t realize at the end I was 9-under,” said Mackenzie, who tied the lowest 36-hole score of the PGA TOUR Canada era at 128. “It was a good day. I made most everything that I saw and hit it great, so it was good.”

The 33-year old, who owns one PGA TOUR Canada win at the 2010 Bayview Place Island Savings Open presented by Times Colonist, began his day by finishing his first round with four consecutive pars (first round play was suspended due to dangerous weather Thursday night and resumed at 7:15 AM). After three more pars to start round two, Mackenzie reeled off nine birdies, and said he was in a zone after that.

“When things are going good, I kind of just get in a robot mode where I just kind of get my number and hit the shot,” said Mackenzie, who finished with a birdie on the ninth by hitting a pitching wedge to four feet. “I wasn’t thinking ‘oh, I need to get another one,’ it was a perfect number for a wedge.”

“I made a couple of birdies, and then I got it going on the back side,” added Mackenzie. “It’s nice to see the ball go in. I’ve hit it really well all year, and so far this is the best I’ve putted all year.”

One back of Mackenzie was Carney, who finished up his first round this morning with an 8-under 64, then returned to shoot 65 in his second round to sit 15-under. Christopher Ross, a PGA TOUR Canada rookie, was one shot further back, and briefly shared the course record with a 10-under 62 before Schnell’s 59 set the new mark.

“I had it going in the beginning and in the middle and then the end, so, yeah, it was a good day out there,” said the 27-year old Ross. “I kept playing to my strengths. There were a few par-5s I could have gone for, but just because I was hitting my wedges nicely and my putter is hot, I played to my strengths.”

Ross said he knows he’ll need to keep the pedal to the metal this weekend, with scores around him going well under par through two rounds.