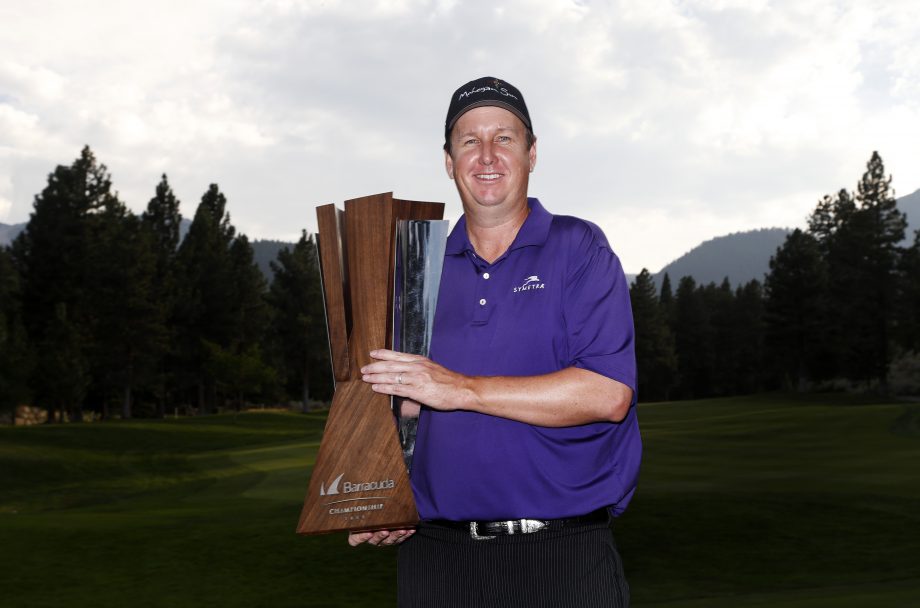 RENO, Nev. – J.J. Henry won the Barracuda Championship for the second time in four years Sunday, beating Kyle Reifers with a 15-foot eagle putt from the fringe on the second hole of a playoff.

After Henry holed the left-to-right breaking putt on the par-5 18th, Reifers missed a 10-footer.

Reifers had three back-nine eagles in a 22-point round to match Henry at 47 points at Montreux Golf and Country Club in the PGA Tour’s only modified Stableford event. The 40-year-old Henry, also the 2012 winner, closed with a birdie for a six-point round.

Players received eight points for double eagle, five for eagle, two for birdie, zero for par, minus-one for bogey and minus-three for double bogey or worse.

On 18 on the first extra hole, Reifers made a 12-foot birdie putt after Henry chipped to 1 1/2 feet to set up his birdie.

Patrick Rodgers was a point back after an 11-point round.

Andres Gonzales was fourth at 43 after a 10-point round, and David Toms was another point back after scoring two points.

Canadian Roger Sloan struggled in his final round, managing just three points. He finished the tournament with 27 points and tied for 37th.