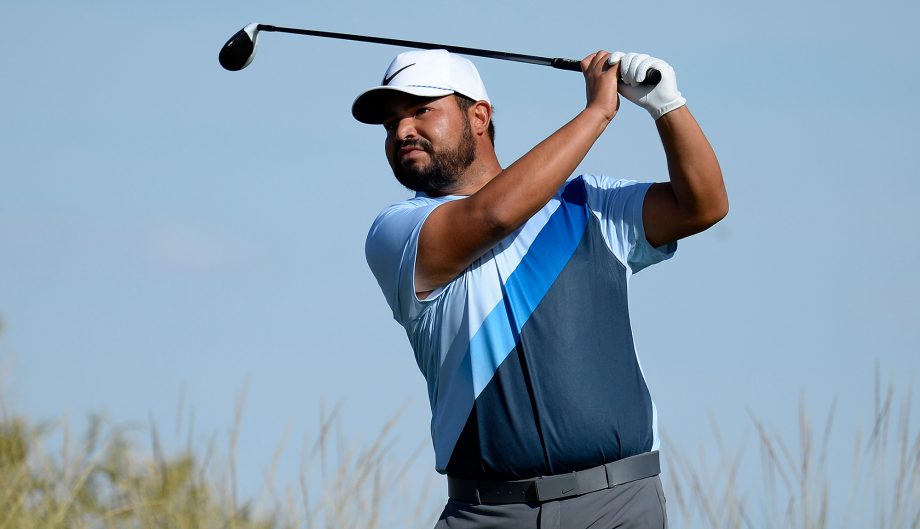 LAS VEGAS – J.J. Spaun shot a 6-under 65 on Friday at breezy TPC Summerlin to take the lead in the suspended second round of the Shriners Hospitals for Children Open.

Spaun rebounded from a bogey on the par-4 third with birdies on the par-4 fourth and par-3 fifth and closed with a birdie on the par-5 ninth to get to 11-under 131.

“I think we were just real deliberate on our numbers out there,” Spaun said. “It’s super swirly, windy. … Out here you’ve got so many undulations around the greens and you’ve got tight hazards next to the pins and the greens, so it’s crucial to get the right number, and we did that well today. That kind of set us up for having a bunch of looks out there.”

Kelly Kraft was second at 8 under with three holes left when play was suspended for the day because of darkness. He had a hole-in-one on par-3 fifth, using a 6-iron on the 174-yard hole.

Spaun is making his third start of the season after finishing 97th in the FedEx Cup standings. He missed the cut in the opener at Silverado and tied for 34th last week in Mississippi.

“I’m putting well, I’m hitting it well, I’m just trying to play simple golf,” Spaun said. “I know it’s not going to be easy on the weekend, but just trying to keep things in perspective and stay within myself and give myself a shot on Sunday.”

Robert Garrigus was four strokes back at 7 under after a 65.

“I really didn’t swing it as good as I wanted to off the tee,” Garrigus said. “I was hitting some squirrelly shots, but the putter worked really well today, which can cure a lot of things.”

Aaron Baddeley and Patton Kizzire each shot 66 to get to 6 under, and first-round leader Whee Kim was 5 under after a 72.

“It was windy today,” Baddeley said. “There were a couple holes there where it was like a two- or three-club wind, which is really unusual here in Vegas. But it’s just nice because it really brings out the good ball-hitters and also the people who can be patient in this type of weather.”

Charley Hoffman was 3 under after a 71 in his hometown event.

Nick Taylor is the top Canadian at 2 under after a second-round 71. Corey Conners shot 71 and is 1 under while David Hearn shot 73 and is 2 over. Ben Silverman is 1 under through 14 holes.

Bubba Watson was in position to make the cut on the number at 1 over in his first event of season, shooting 72-71. Defending champion Rod Pampling also was 1 over after a 73.