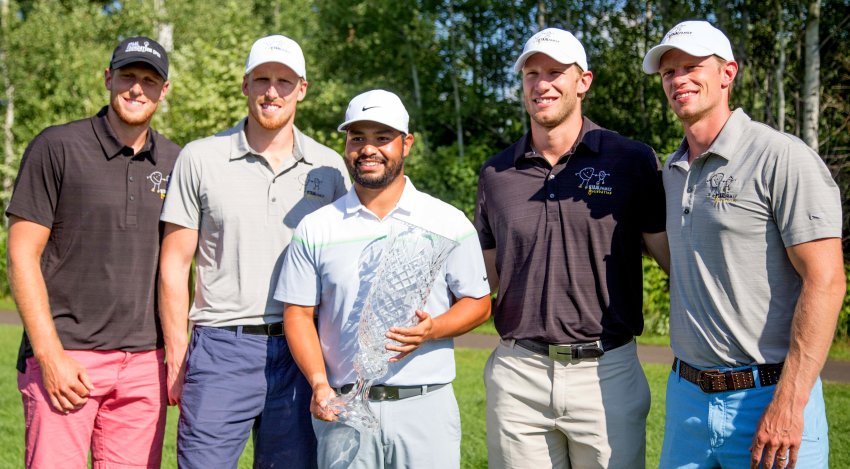 The 24-year old moves into the top spot on the season-long Order of Merit with $70,263, earning an exemption into the RBC Canadian Open to make his PGA TOUR debut next week at Glen Abbey Golf Club in Oakville, Ont.

“It’s a huge relief. I knew if I at least made pars on my way in I’d have some sort of chance at winning,” said Spaun, who finished at 18-under par, one shot ahead of Moscow, Pennsylvania’s Nicholas Reach. “I’ve put in a lot of hard work. I had to change a few things with my regimen and putting my career in the top priority spot, and it shows that the hard work has been paying off.”

The win gives Spaun a $25,813 lead atop the Order of Merit over Drew Weaver, who will join Spaun next week at Glen Abbey along with Albin Choi as the top three players on the season-long money list. The San Diego State University grad has been the most consistent player on the Mackenzie Tour this season, never finishing outside the top-16 and posting five straight 10 finishes capped off by the win.

“I’m in a good position. I’ve got to keep playing solid and keep that top spot under my belt and see how it goes,” said Spaun of the season-long quest to earn status on the Web.com Tour.

Starting the day one shot off the lead held by Corey Conners, Clayton Rask, David McKenzie and Chase Marinell, Spaun came out of the gate quickly with birdies on his first two holes to grab the early lead. After Reach made eagle on the 72nd hole to post 17-under par as the clubhouse lead, Spaun responded with four birdies in five holes, including three in a row on holes 12-14 to take control of the lead.

“I’ve been playing well enough where I don’t make many mistakes, and fortunately making a lot of birdies as well. I’ve been playing solid, and eliminating the mistakes has been key for how I’ve been playing lately,” said Spaun, who has seen a remarkable turnaround from a dismal 2014 season that saw him miss six of seven cuts and return to Q-School this Spring. Since a T8 finish there, Spaun has been on a tear to build his Order of Merit lead and put himself in excellent position to earn status on the Web.com Tour for next season.

“Now it’s just kind of stress-free golf and going out and having fun. The hard work has kind of been taken care of and it’s time to go out and cruise,” said Spaun.

Reach, a University of Georgia graduate and a rookie on the Mackenzie Tour, notched his best finish as a pro along with Conners, who will play at the RBC Canadian Open on a sponsor’s exemption alongside fellow Golf Canada Young Pro Squad and Mackenzie Tour members Taylor Pendrith and Adam Svensson.