Jaclyn Lee: A Passion for Competition 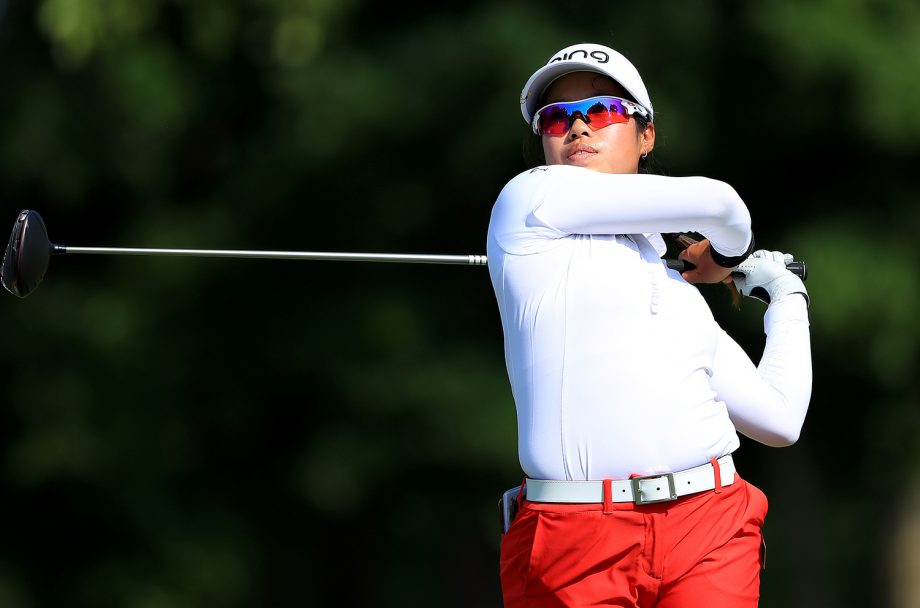 ROGERS, ARKANSAS - JUNE 29: Jaclyn Lee of Canada plays a shot on the fifth hole during the second round of the Walmart NW Arkansas Championship Presented by P&G at Pinnacle Country Club on June 29, 2019 in Rogers, Arkansas. (Photo by Sam Greenwood/Getty Images)
David Li

Jaclyn Lee has been a member of Golf Canada’s National Team Program for the last eight years dating back to 2014 and is currently in her third season as part of the Young Pro Program.  The 23-year-old is happy that her wrist injury is a thing of the past and is now focused on doing what she loves most – competing on the golf course.

Having first started out at the age of 10, Lee says she’s always really enjoyed the competition associated with the sport.

“My dad took my older sister, Carolyn, and I golfing in the summer time when I was 10 and that’s when I picked it up. Actually, I wasn’t a huge fan at first because I really didn’t know what I was practising for.  But we started competing in tournaments a year later, and that’s when I fell in love with the game,” she recalled.

The 23-year-old says her parents Stephen and Maria Lee were always very supportive of her and her older sister’s interest in the sport. Lee recalls their sibling rivalry would often be played out on the golf course.

“I remember in one of the first tournaments we played in together my sister beat me by a few strokes and I was shocked. I remember thinking ‘I should’ve beaten her,'” Lee recounted.

“I remember saying to my parents ‘How did Carolyn beat me? I’m better than her.’ And they were like ‘This is what happens when we give you mulligans all the time,'” she added with a laugh.

“School was very important for me so I would always prioritized school and golf. You grow up pretty quick when you are trying to managed your time like that,” she pointed out.

Lee’s dedication would pay off as it earned her a spot on Golf Canada’s Junior Squad.

“I remember that I was playing at a tournament at Cherry Downs and Tristan (Mullally) came up to introduce himself, and told me that I was on track to make the national team,” she recalled about her first meeting the Canadian national women’s head coach.

“I also remember being shocked and being really excited because of the meeting. Then, I got the call later that year that I made the team and it was pure joy and pure excitement.”

Lee says she has developed a lot from her time on the National Team Program.

“My game has improved a lot and I’ve grown as a person.  Tristan knows so much about the game and I trust him.  He’s really good with everything in life and he’s taught me so much about putting, chipping and how to improve my short game,” she noted.

Keeping on the topic of her game, the long time national team member was asked how she would best describe it.

“I would like to improve my short game; it was a lot worse before I met Tristan, but we’ve come a long way,” she added.

Besides access to the world class coaching and resources available through the National Team Program, Lee is also grateful to have gained a strong mentor along the way in Alena Sharp.

“Alena is someone I got to know in my later junior and amateur days and she’s really taken me under her wing and has been there for me. I have a lot of respect for her,” Lee said.

The talented young Canadian golfer adds that her time at Ohio State University has also played an important part in her development.

“I wanted to go a program that had good athletics but also had good academics. Ohio State had a really good balance. And, I really loved the new indoor facility they built at the campus.”

“There were so many great memories on the golf course during my time at Ohio State. I learned a lot from all the coaches there, especially head coach, Therese Hession. It was amazing to work with coach Hession. She’s always so excited about the game and we had such a cool vibe working together.”

Off the golf course Lee enjoyed taking in the cool vibes at the Ohio State University football games.

“It was always such an electric crowd and atmosphere in those football games,” she said.

In November of 2018, Lee finished sixth at LPGA Q-School to secure her LPGA Tour card for the 2019 season and made the decision to forgo her last semester of eligibility with the Ohio State women’s golf team.

However, a serious wrist injury combined with the COVID-19 pandemic would force her to miss significant parts of the 2019 and the 2020 seasons. On her road to recovery, Lee spent much of her off season in Arizona working on her game.

With plenty of time to rest and recover, she is back at 100 per cent and eager to play a full season of competitive golf – regardless if that’s on the LPGA Tour or on the Symetra Tour or a combination of both.

Looking ahead at her long term goals, the talented young Canadian has big ambitions on the golf course.

“I would love to be able to win out on the LPGA Tour, maybe win a major. As well, I’d love to compete in the Olympics,” she said.

And looking at the bigger picture, I would love to be able to inspire young kids to play the game and do my part to help grow the game.”

Having missed large portions of the 2019 and 2020 seasons, she’s grateful to be healthy again and is focused on playing a full season in 2021.

“Between me getting injured and COVID, it’s been a while since I’ve had a chance to really compete regularly, so it’s a great feeling to get back out there again,” she said.

“I just want to get back to competing regularly and playing the kind of golf that I know I can play.”