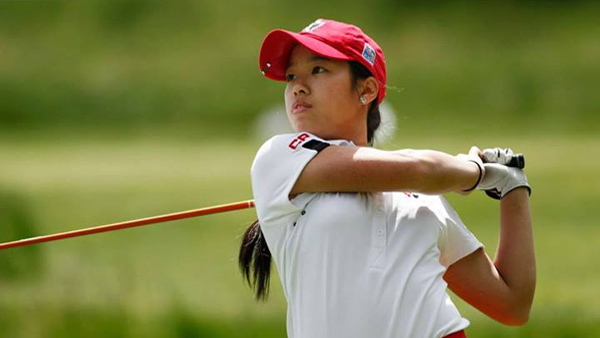 Westman, Man. – Calgary’s Jaclyn Lee stirred up excitement today in the second round of the 2014 CN Future Links Prairie Championship.  Maintaining yesterday’s first place finish, the Team Canada Development Squad Member fired five birdies en route to a course record 5-under 67. Lee now holds a ten stroke lead and set a new women’s course record at Shilo Golf and Country Club in Westman, Manitoba . The 17-year-old played a combination of middle tee to set the new record and sits at the top of the leader board with a total score of 6-under-par 138.

Alexandra Demko of Thunder Bay, Ont. continues to follow Lee in second place after a second round score of 3-over-par 75, for a total of 4-over-par 148. Veronica Vetesnick of Winnipeg, Man. sits behind Demko in third with a total of 5-over-par 149.

In the Junior Boys division, Calgary’s Andrew Brown leads after a second round 3-under-par 69, surpassing both Keaton Gudz of Victoria, B.C. and Zach Sackett of Winnipeg who shared first place on Friday. Today, Gudz shot 1-over-par 73 for a total of 1-under-par 143. Sackett follows in third by one stroke, with a total score of even-par 144.

The third and final round of the 2014 CN Future Links Prairie Championship begins tomorrow at 7:30 a.m. CDT. For complete scoring and information, click here.