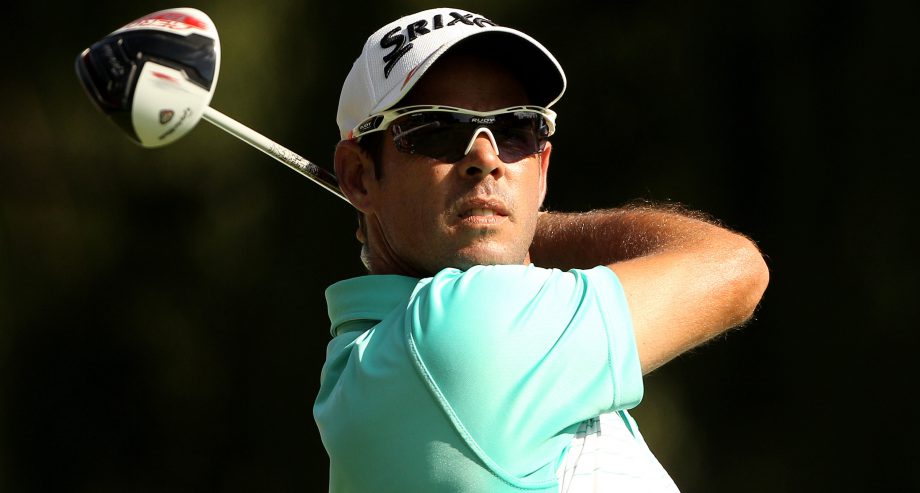 GAUTENG, South Africa – Jaco van Zyl shot a 7-under 65 Thursday to top a South African-dominated leaderboard in the first round of the SA Open, the European Tour’s first event of 2016.

Van Zyl maintained the form that put him in ties for eighth and 13th at the season-opening Alfred Dunhill Championship and Nedbank Golf Challenge before Christmas, hitting six birdies and an eagle.

It was the 36-year-old Van Zyl’s first round of golf without the assistance of knee braces since he underwent surgery to both knees in March 2014.

Shaun Norris was alone in second place after a 66, and Jbe Kruger and Keith Horne were tied for third at 5 under at Glendower Golf Club as South Africans filled the top four places. Two more were in a six-way tie at 4 under – Justin Walters and 2006 winner Retief Goosen – on a low-scoring day when the rough was less penal after a recent drought and heatwave.

Defending champion Andy Sullivan of England shot 3 over and was 10 strokes off the pace.

Play was suspended for the day because of the threat of lightning, with 33 players still to finish their rounds. Nicolas Colsaerts (shoulder) and Richard Finch (Achilles) retired in the first round.

Van Zyl has 13 victories on South Africa’s Sunshine Tour but is yet to win on the European Tour, with the most recent of his four runner-up finishes coming at the Turkish Airlines Open in November.

“I’ve had a couple of weeks off, spending time with the family,” Van Zyl said. “I’ve had my fair share of whisky and Christmas pudding so it was really nice to get off to a good start.”

Starting at No. 10, Van Zyl picked up four shots on his front nine, and moved to 7 under after an eagle 3 at the par-5 second hole. He made up for his only bogey of the round, on No. 7, by making a birdie from three feet on the next hole.