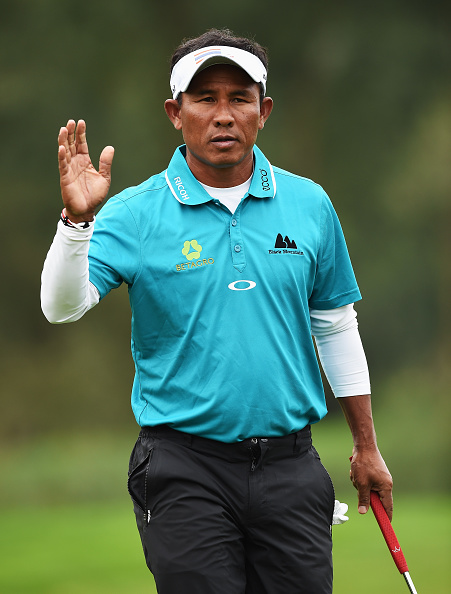 BAD GRIESBACH, Germany – Thongchai Jaidee of Thailand carded a 7-under 64 Saturday to take a one-stroke lead after the third round of the European Open.

Jaidee had eight birdies and a bogey to add to his two rounds of 68. He climbed 14 places for a 13-under total of 200 in southeastern Germany.

Pelle Edberg of Sweden and England’s Ross Fisher and Graeme Storm were all a shot back at 12 under, while Jamie Donaldson of Wales, Magnus A Carlsson of Sweden and Mikko Ilonen of Finland were tied for fifth at 11 under.

Peter Uihlein of the United States and Denmark’s Soren Kjeldsen were both 10 under, while veteran Bernhard Langer shot 70 and is tied for 31st.

An even-par performance on the day has Toronto’s Albin Choi T55 at 3-under.