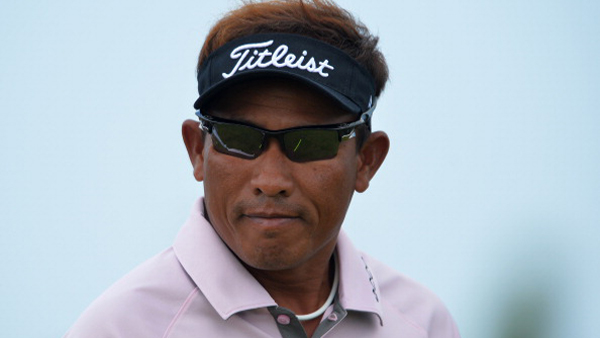 Jaidee birdied the par-5 18th at PGA Sweden’s Lake Course while Gallacher and Dubuisson could only make par.

Earlier, the 44-year-old Jaidee hit six birdies and an eagle three on the 11th to finish in 7-under 65 and an overall 16-under 272 for his sixth European title.

“I worked hard today,” Jaidee said. “I started with three birdies in a row, had another one on six, then a good comeback on 11.”

He said he was nervous on the last few holes.

“The golf course is wide open, you have to hit good golf shots and the weather helped a little bit,” he said.

Dubuisson could have avoided the playoff with a birdie on the 18th, but three-putted from just off the green for a 67.

Gallacher (68) appeared to be out of the race when he bogeyed at No. 17, but he converted from 20 feet at the next.

Second-ranked Henrik Stenson (71) shared the lead with England’s Eddie Pepperell after the third round. The Swede found himself needing an eagle on the last to win his home title for the first time but bogeyed after pushing his second off the green and ended fifth behind Robert-Jan Derksen (65) of the Netherlands.

Pepperell (72) went in water at the same hole and finished tied for sixth.