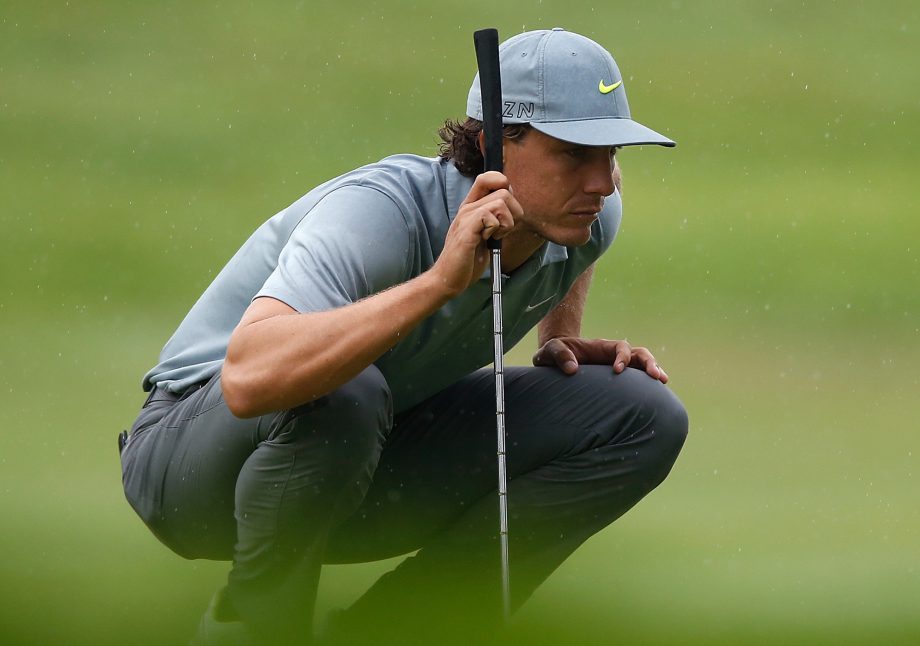 Lovemark finished 12th on the Web.com Tour regular-season money list to earn a 2015-16 PGA Tour card and is playing the four-event series in a bid to improve his tour priority status.

“The rain was moderate for most of the round and it was good we didn’t have any downpours,” Lovemark said. “The greens were rolling pure this morning and it was easy to make some putts.”

“Big hitters have an advantage on almost every course, especially when the rough is long because it’s easier to come out of the rough with a wedge than a 7-iron,” Lovemark said. “The driver has probably been my best club. I’ve been hitting it aggressively off the tee, just like I have been most of the year.”

Lahiri, the first Indian player to qualify for the International Presidents Cup team, bogeyed the final hole for a 65. He birdied five of his first six holes, and had only 22 putts – three on his final hole.

“I made a ton of putts on the front nine,” Lahiri said. “I haven’t putted that good in a while. I was terrible off the tee all day. I hardly found any fairways.”

Ranked 40th in the world, he tied for fifth in the PGA Championship.

The series features the top 75 players from the Web.com Tour money list, Nos. 126-200 from the PGA Tour’s FedEx Cup standings and non-members of the tour such as Lahiri who earned enough money to have placed in the top 200 had they been eligible to receive points.

The top 25 players on Web.com regular-season money list earned 2015-16 PGA Tour cards. They are competing against each other for PGA Tour priority, with regular-season earnings counting in their totals and the final leader getting a spot in The Players Championship. The other players are fighting for another 25 cards based on their earnings in the series.

Patton Kizzire, the regular-season Web.com Tour money champion, was tied for fifth at 7 under after a 65.