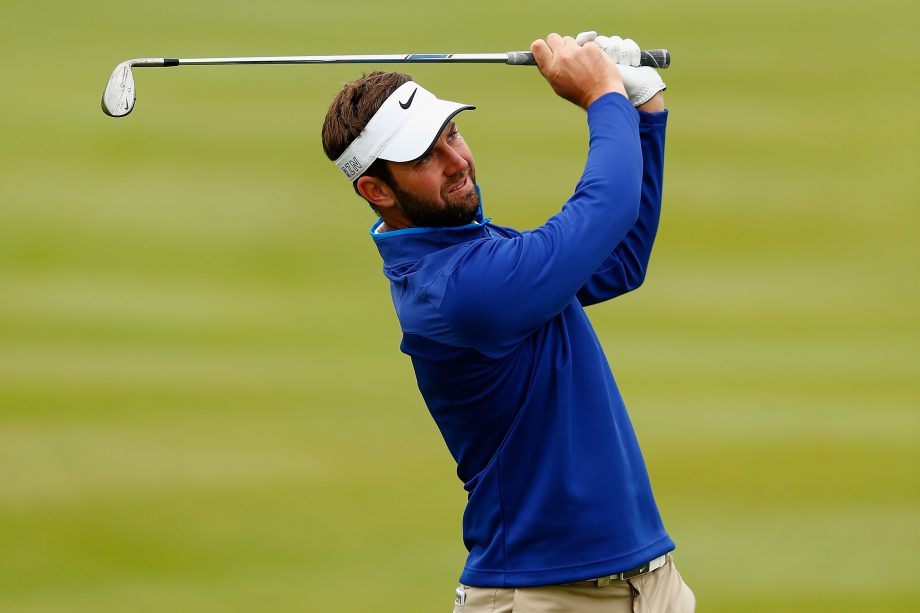 Scott Jamieson of Scotland plays his second shot on the thirteenth hole on day one of the M2M Russian Open at Skolkovo Golf Club on September 3, 2015 in Moscow, Russia. (Harry Engels/ Getty Images)

MOSCOW – Scott Jamieson and Daniel Gaunt took a share of the lead at the Russian Open with 6-under 65s in Thursday’s first round.

Jamieson started his day at Skolkovo Golf Club with four straight birdies. Gaunt had an eagle on No. 12.

Lee Slattery and Bradley Dredge (both 66) are tied for third place, one stroke ahead of a group of eight others, including Made in Denmark winner David Horsey.

Former top-ranked tennis player Yevgeny Kafelnikov shot a 77 and was tied for 121st.