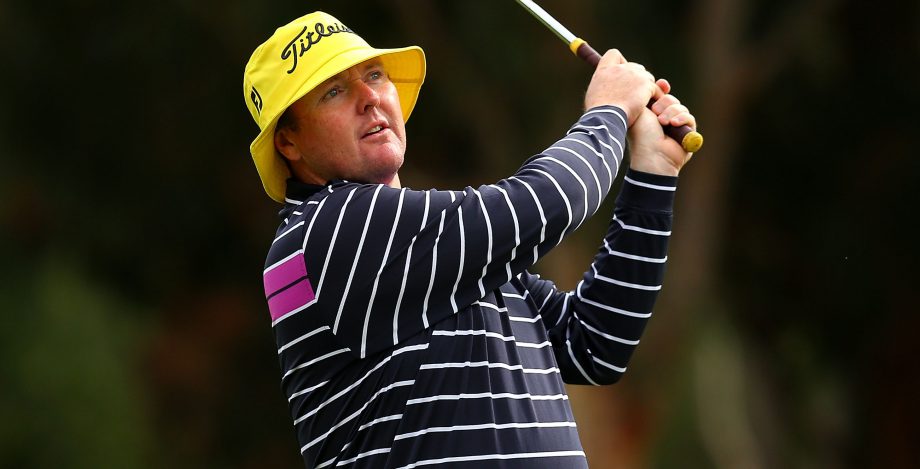 Benowa, Queensland, Australia and Ponte Vedra Beach, Fla.  – The PGA Tour has awarded the PGA Tour Courage Award to PGA Tour member Jarrod Lyle, who has overcome two battles with acute myeloid leukemia in his lifetime. The Australia native is in the second year of a Medical Extension granted to him due to his life-threatening illness.

Former Open Championship winner Ian Baker-Finch presented Lyle with the award on behalf of the PGA Tour and Commissioner Tim Finchem at the inaugural Greg Norman Gold Medal Dinner hosted by the PGA of Australia on the eve of the Australian PGA Championship at RACV Royal Pines Resort.

The PGA Tour Courage Award is presented to a player who, through courage and perseverance, has overcome extraordinary adversity, such as personal tragedy or debilitating injury or illness, to make a significant and meaningful contribution to the game of golf. Lyle is the second-ever recipient of the Courage Award, joining Erik Compton who received the award in 2013.

The Courage Award includes a $25,000 charitable contribution to be distributed to a charity of the award recipient’s choice; this year’s contribution will be given to Challenge – Supporting Kids with Cancer, an Australian non-profit organization that delivers daily support to children and families living with cancer. Since 1983, Challenge has helped more than 25,000 children and families, improving their quality of life.

“Jarrod is a story of great perseverance and courage in the face of adversity,” said Finchem. “To battle and overcome leukemia twice is a statement unto itself as to his character. But he has also made a significant impression on all of us with his determination to reclaim his career as a professional golfer. Jarrod has a tremendous amount of support behind him, all with their best wishes for his continued good health and success on the PGA Tour in 2016 and beyond.”

In his fifth season on TOUR in 2012, Lyle was diagnosed with acute myeloid leukemia in March that limited his season to just seven starts. At the time of diagnosis, his wife Briony was pregnant with the couple’s first child, Lusi, who was born healthy just days later. It was Lyle’s second bout with the disease, having been confined to bed for nine months while undergoing chemotherapy in 1999 at the age of 17.

After chemotherapy, a double umbilical cord blood transplant and rehabilitation, Lyle made a comeback in December 2013 at the Talisker Masters in his native Australia. He then returned to the PGA Tour at the 2014 Frys.com Open, where he finished tied for 31st and has made 11 subsequent starts, the last being the 2015 Sanderson Farms Championship. He enters 2016 with eight events remaining in his Medical Extension.

“I am very humbled to be receiving this award from the PGA Tour,” said Lyle. “It has taken a lot of fighting for me to get back to the PGA Tour but it has been well worth it. For me to get back after the things I have dealt with shows people in similar situations there is hope for them and if they stay positive and fight for everyday then they can succeed in life. To be back playing with all the guys again and saying thank you was very important to me. The players, officials and fans of the PGA Tour were extremely supportive to me and my family throughout my time away and I can never repay them for that.”