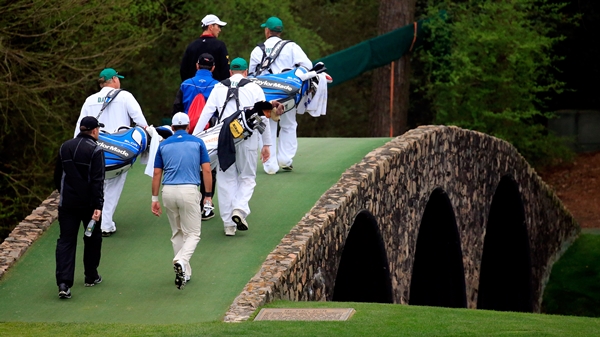 AUGUSTA, Ga. – Jason Day goes into the Masters coming off a big win. Trouble is, that was six weeks ago.

Day said his left thumb was ailing even as he won the Match Play Championship to close out the West Coast Swing. He withdrew from Doral. He withdrew from Bay Hill. He hasn’t played a competitive round since that 23-hole victory in Arizona.

And that was match play.

The 26-year-old Australian last competed in a stroke-play event on Feb. 8, when he failed to qualify for the final round at the AT&T Pebble Beach National Pro-Am.

“Not really a concern,” Day said Monday. “I think I just need to tighten up a few things, just kind of get a little sharper with my tee shots. I think I’ll be good.”

Day said the rest was a good tonic for his thumb, and he had a cortisone injection a week ago in Ohio. He feels no pain, though he will be taping it as a precaution, and he has been icing the thumb at night.

“It’s more frustrating for me because just coming off the win at the Match Play, I was playing some pretty good golf,” he said. “It was trending in the right direction going into Doral and the Florida Swing there. Just something so small, it’s so frustrating, because everything else is fine. But you need your hands to grip the golf club, and every time it hurt when I swung the golf club. I would kind of flinch at impact, and you just can’t compete against the best players in the world doing that.”

Day is among the best players at the Masters.

Even though the Match Play win was only the second of his PGA Tour career, he was a runner-up at the Masters in his debut in 2011, and last year he finished alone in third. In 2012, Day had to withdraw because of an ankle injury.