Jason Day has hard time choosing No. 1 or Masters title 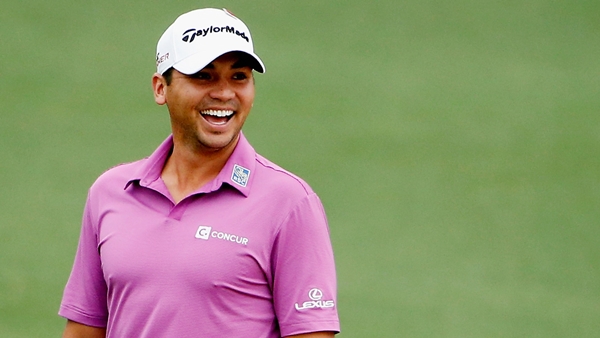 AUGUSTA, Ga. – Jason Day set two goals for his career. He wanted to get to No. 1 in the world, and he wanted to win the Masters.

But if he could only reach one goal, which does he choose?

For the only time during his engaging news conference Monday, the 27-year-old Australian looked uncomfortable.

He loves the Masters, his favourite major. He was runner-up in 2011. He had a share of the lead late on Sunday in 2013 until he missed out on the playoff between Adam Scott and Angel Cabrera, with Scott becoming the first Aussie in a green jacket.

But there’s an appeal to be No. 1 in the world, too. And four members of Augusta National in their green jackets were in the room.

“It’s tough,” Day said, leaning back and shaking his head. “This is the tournament that got me into golf. And being No. 1 has always been a lifelong goal of mine. Just to be able to say you’re No. 1, you are the best golfer on the planet, just for one day, would be the best thing ever. Knowing that you were the best in the world would be pretty neat.”

“But to be able to slip on a green jacket … I don’t know,” he said. “That’s a difficult one, mate. I’m dancing around the question.”

Here’s the easy solution for Day. He can’t reach No. 1 in the world this week if he were to win. But at No. 5 in the world, and healthy and determined as ever, he is among the favourites to win the Masters this week.

Day has decided to take the 1-iron out of the bag for the Masters and use the 2-iron.

That led to one question: Who uses a 1-iron anymore?

“I was just talking to (Nick) Faldo the other day … and he was looking at my 1-iron and I said, ‘It’s not like the old days where you had a butter knife. These things are big, old thick things that you can get up in the air.’ It’s modern-day technology. It certainly has changed a lot.”

Day did not know of any other players who carried a 1-iron. Some have driving irons, but it’s not the same.