Jason Day in it for the long haul 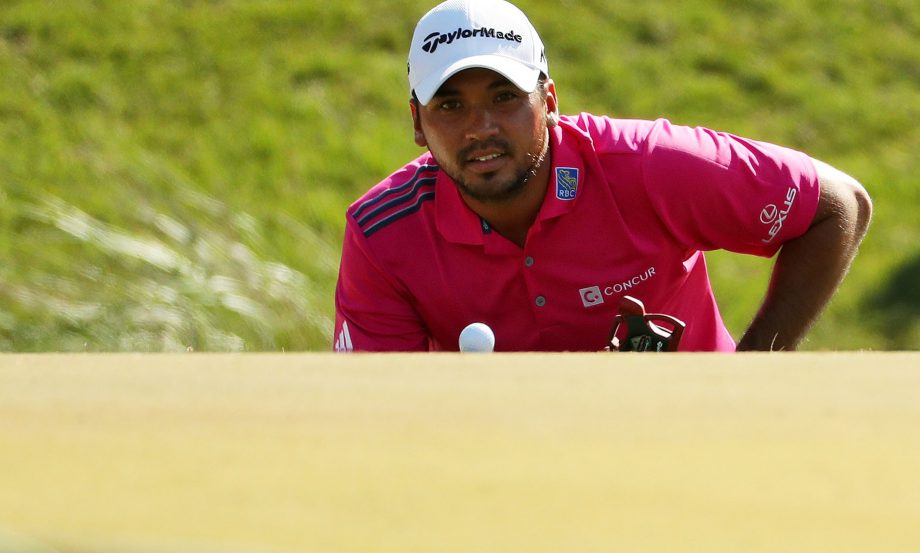 PONTE VEDRA BEACH, Fla. – To see him now, it’s hard to believe Jason Day had only one victory in his first six years on the PGA Tour.

Then again, consider the start of the year.

Day finished a combined 35 shots out of the lead in the three tournaments he finished. The other was Torrey Pines, where he was defending champion and missed the cut while coping with a nasty virus.

Since then, he has gone wire-to-wire against strong fields twice in the last two months, and he effectively did the same at the Dell Match Play when only one of the seven matches he won reached the 18th hole. He has seven victories in his last 17 tournaments. He is No. 1 in the world with the highest points average since Tiger Woods.

For Day, it’s all about the long haul.

To measure his career to date, he is different from Rory McIlroy and Jordan Spieth in one respect. Everyone knew McIlroy and Spieth had exceptional talent, and it didn’t take long for them to get on the fast track. McIlroy locked up his European Tour card in two events, won in his second full season and was a U.S. Open champion at 22. Spieth had no status when he turned pro, won on the PGA Tour, was the youngest American to play in the Presidents Cup and had two majors at 21.

Day had every bit as much talent.

He turned heads when he came to America to play the Web.com Tour and won a tournament at 18. What followed were marriage, nagging injuries, his first child, finding a balance between home and golf and questions about why he wasn’t winning more.

The answer was a hard look at who he was and motivated him.

Colin Swatton, his longtime coach and caddie, recalls a conversation they had early in his career.

“He said, ‘When do you think I’ll win on tour?’ And I said, ‘You’ll win when you want to win. You’ll dominate when you want to dominate.’ He never understood that,” Swatton said Tuesday. “And then at the British Open he was like, ‘Gosh, I let another one slip through my fingers. Enough is enough. This is my time. This is when I want to make my mark in golf.’

“Motivation for any player has to come from within.”

Day looks back at that British Open last summer as a turning point in his career. He came up short on a 30-foot birdie putt to get into a playoff at St. Andrews, and he walked away more determined than ever to make it his time. He would follow up that week with a win at the RBC Canadian Open at Glen Abbey.

There was another moment this year at Doral that reminded the 28-year-old Australian what it took.

Swatton prefers data over emotion because that’s what gets through to Day, so he keeps files of information. One reason Day started off the year so slowly is because he stayed away from the game for three months, mainly because wife Ellie gave birth to their second child.

Day was disappointed at Doral, where he tied for 23rd and was never in the picture.

Swatton was realistic. He knew that Day couldn’t expect to have the same form after sitting out three months. Hours lost meant more hours required to reformulate the swing and the feel. So he kept a log of the hours Day had put in and showed it to him after Doral.

“When he walks off and he’s disappointed, you have to present him with facts. You can’t present him with emotion,” Swatton said. “I said, ‘The fact is, this is all the practice you’ve done.’ He looked at it and said, ‘Oh my goodness.’ I said, ‘Exactly.’

“He just had to be patient.”

Day is diligent when it comes to work. He thought winning would come easier when he showed up on the PGA Tour in 2008. He doesn’t want to make that mistake again. So he kept working. And he started winning. And here he is, No. 1 by a margin that suggests he might be there for some time.

“He found what motivates him to work hard,” Swatton said. “And right now he’s motivated to do something similar to Greg Norman, to Tiger Woods. I think he just loves winning. Walking down 18 on Sunday, people are yelling and screaming, and he said, ‘This is why I work hard. This walk.’

“It’s not about the $1.8 million or whatever,” Swatton said. “He just loves winning.”

It doesn’t come as easily as he can make it look.

Day said he has been building to this moment, even during the lean years, finding something that will make him a little better each year.

“Look, I’m in it for the long haul,” he said after his most recent victory. “It’s not like I’m here for five years and someone younger than me is going to be a half-step quicker or I’m going to be an old, slow man. At the end of my career, I want to be able to look back and know that I incrementally got better as the years went on. And if I can focus on that, then I will.