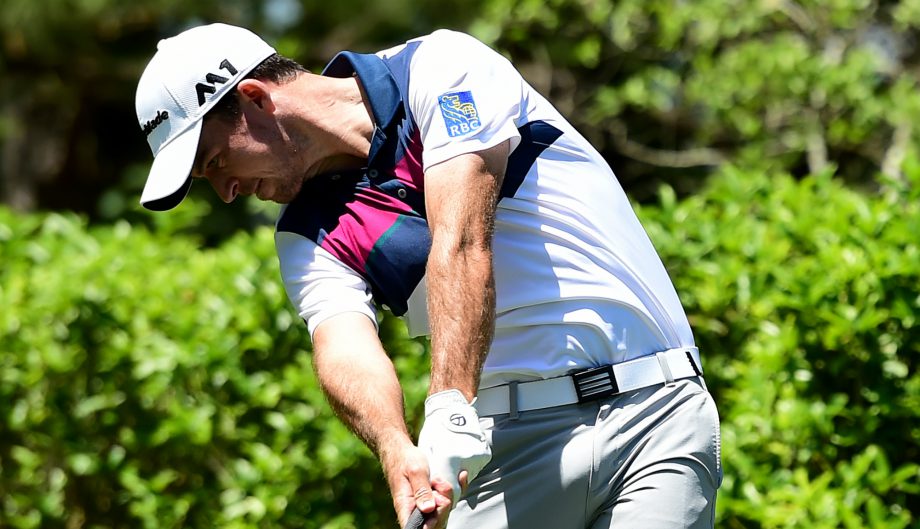 Jason Dufner putted for birdie on every hole until the last one at the Memorial, a game so under control it looked as simple as breathing.

Even with a bogey on the final hole, Dufner had a 7-under 65 for his best score Thursday at Muirfield Village, giving him a tie for the lead with David Lingmerth. They were one shot ahead of Jordan Spieth, whose short game is starting to return with the U.S. Open around the corner.

Lingmerth, whose first PGA Tour victory came at the Memorial two years ago, also bogeyed his last hole on an ideal day for scoring.

“I can put a couple of rounds together here,” Dufner said. “But I’m looking for more than that this week. Hopefully, we can keep it going for four.”

Dustin Johnson and Jason Day want to make sure they get to play for rounds.

Johnson three-putted after putting his tee shot into the water on the par-3 16th and made triple bogey. He three-putted from 4 feet on the sixth hole and made double bogey. And he didn’t make a single birdie in his round of 78.

It was the first time in nearly four years – since the Bridgestone Invitational in 2013 – that Johnson failed to make a birdie.

Day, who has yet to crack the top 25 at the club where he holds a membership, made bogeys on both par 5s on the back nine and was headed for a big score until he birdied his last two holes for a 75.

Dufner nearly hitting every green in regulation is not surprising with his efficient swing. He recalls hitting 17 in a row in a round at Muirfield Village a few years ago until the 18th hole, and it got him again Thursday. He even went for a slightly longer club, a 7-iron instead of an 8-iron, but the contact wasn’t pure and he came up short in a bunker. He blasted out 12 feet by the hole and missed his par putt.

Calm as ever, Dufner was mostly pleased with taking the stress out of his putting by not having any tough par putts. He attributes that to hard work, which is mainly working on his breathing.

A bad day of breathing is short and quick. He prefers a slow, rhythmic breath and a process of counting to two on the exhale and pulling the trigger. He said it was similar to snipers who focus mainly on the heartbeat and breathing.

Lingmerth, a playoff winner over Justin Rose in 2015, got his name on the board quickly with four straight birdies on the front nine to turn in 31, and then he hit a 3-wood to 6 feet on the par-5 15th for an eagle. He had only two pars on the back nine.

“Obviously, having won here it brings back good memories,” Lingmerth said. “And the other years I’ve played here, I’ve always loved it. I haven’t really contended all the way until Sunday those other years, but I’ve always felt good about this place. I feel confident out here. I roll the ball really well on the greens.”

Daniel Summerhays joined Spieth at 66, while Justin Thomas and Lucas Glover were at 67.

Phil Mickelson, playing the second of four straight weeks through the U.S. Open, had a relatively calm day in his round of 70. Rickie Fowler had anything but a calm day. He was 3 over through four holes, answered with four birdies over his next five holes, then traded birdies and bogeys on the back nine until finishing with one last birdie for a round of 70 that featured just six pars.

Spieth missed the cut at The Players Championship and at his hometown event in the AT&T Byron Nelson, and he was on the verge of going home early at Colonial until turning it around. He wound up finishing one back of Kevin Kisner, and Spieth brought his form to Ohio.

He needed a little help along the way, mostly the pin getting in the way of a tough bunker shot on the par-3 12th. It dropped for a birdie. He ended his back nine with a pair of bogeys, then finished in style with four birdies over his last five holes.

“I felt like I scored the way I played today,” Spieth said. “I got an awesome break on my third hole today, No. 12. I didn’t have much of a chance to stop the bunker shot unless it hit the pin and it dunked. That saved me a couple of shots. I figured it could be a good day when your off shots you’re making birdie on.”