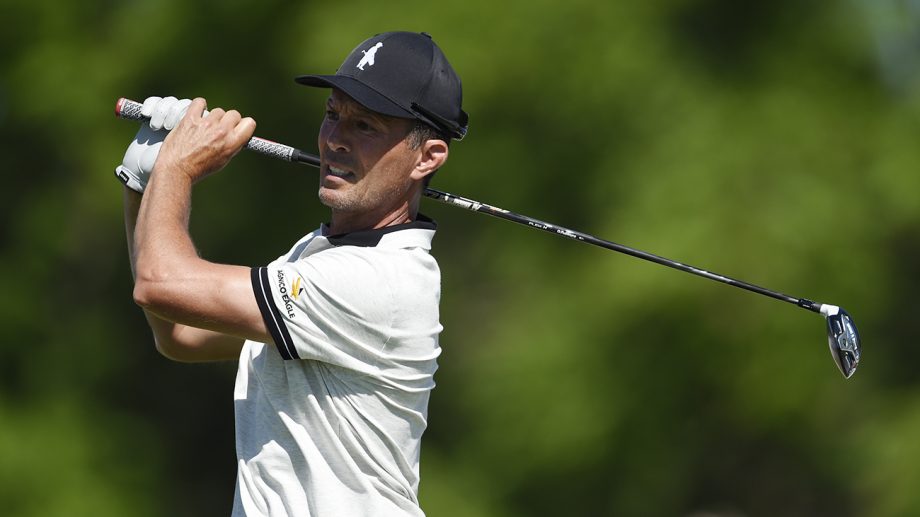 MADISON, WISCONSIN - JUNE 13: Mike Weir of Canada hits his tee shot on the first hole during the final round of the American Family Insurance Championship at University Ridge Golf Course on June 13, 2021 in Madison, Wisconsin. (Photo by Patrick McDermott/Getty Images)
Associated Press

MADISON, Wis. (AP) – Jerry Kelly successfully defended his title in his hometown American Insurance Championship, closing with a 6-under 66 on Sunday for a one-stroke victory over Fred Couples and Miguel Angel Jimenez.

The 54-year-old Kelly finished at 14-under 202 at University Ridge for his eighth PGA Tour Champions victory.

“Hit a good shot. 18, I’ve been there before, I don’t mind driving it over there,” Couples said. “Then I chose to be long coming back this way. I knew I wasn’t going to get it close and it just came out hot and rolled through the green. I thought I was putting and then chipped it strong and pushed the putt and that was it.”

Jimenez, the leader after each of the first two rounds, shot a 69.

Tournament host Steve Stricker tied for seventh at 9 under after a 65. The U.S. Ryder Cup captain, like Kelly, grew up and lives in Madison.

Hall of Fame pitcher John Smoltz was 79th among the 80 finishers, shooting a 74 to get to 16 over.

Canadian Mike Weir shot a 7-under 65 to finish in a tie for seventh. Fellow Canadian Stephen Ames finished tied for 55th.