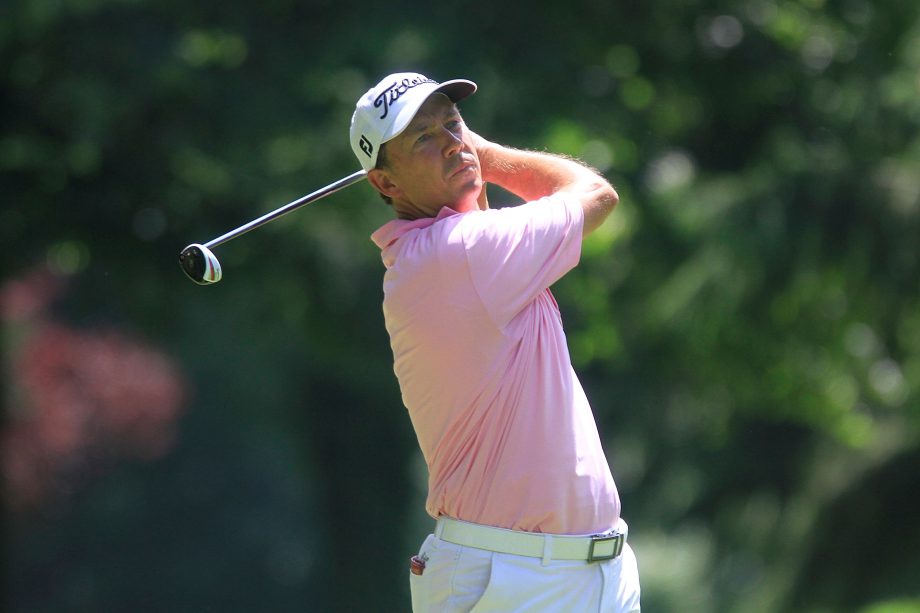 GLENVIEW, Ill. – Jerry Smith shot a 2-under 70 on Sunday to win the Encompass Championship for his first title on the Champions Tour.

Smith had a three-stroke lead heading into the final round of the 54-hole tournament, but the margin was down to one over David Frost when he reached the 579-yard, par-5 16th hole. The 51-year-old Iowa native hit his second shot left into a greenside bunker, but holed out for a crucial eagle with two holes to play.

“Bunker play’s not my forte, but I’ve worked a lot on it and I did like what I saw when I walked up to it,” Smith said. “I didn’t think it was a real difficult shot, so I felt like I could make four. Making three was obviously a bonus and probably helped me to get to the house the last two holes.”

Smith finished at 16-under 200 at North Shore Country Club, setting a tournament record. Frost had a 68 in the final round and was three strokes back in second.

Smith’s only tour victory had been the 1998 Guam Open on the Asian circuit. He lost his PGA Tour card after the 2007 season and had taken two club pro jobs before turning 50 and earning his Champions Tour card. He played in Europe last year and took third last week in the Swiss Seniors Open.

“Well, obviously in your career you don’t really think about winning and so forth – at least a guy like myself, who’s kind of been a so-called journeyman player all these years,” Smith said, and then called the victory, “surreal.”

Frost made five birdies and had three putts on the closing holes get to the edge of the cup without falling.

“But it was a good day,” Frost said. “I’m happy for Jerry. He’s quite a journeyman, so there’s room for everybody out here.”

Smith started the day with bogeys on the first two holes.

“I hit two perfect drives on 1 and 2, so those butterflies were kind of taken away,” Smith said. “But I just hit two very poor iron shots and, who knows, maybe it was a good thing in hindsight but it wasn’t the start I was looking for.”

Smith said he never looked at the scoreboard at 16 before teeing off.