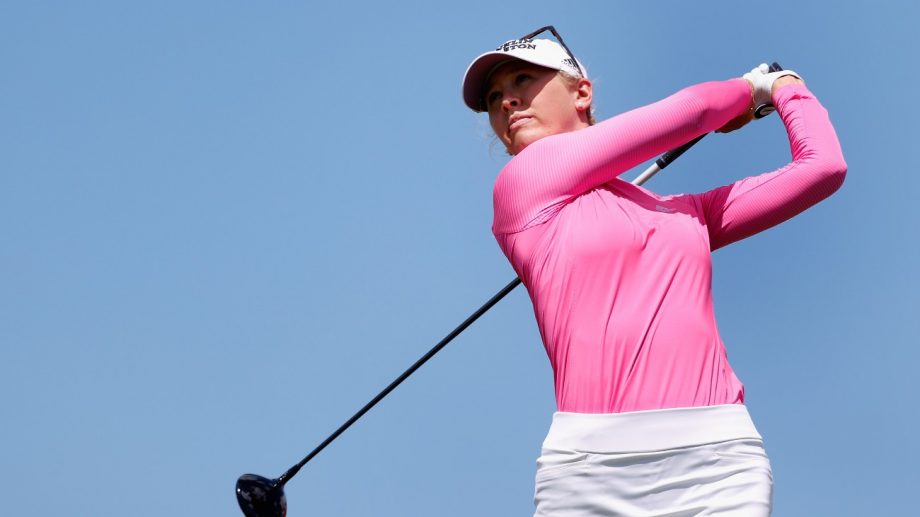 LOS ANGELES – Jessica Korda birdied three of the final four holes for a 7-under 64 and a one-stroke lead Wednesday after the first round of the HUGEL Air Premia LA Open.

Korda had eight birdies and a bogey at Wilshire Country Club to match the tournament scoring record set by Megan Khang and Annie Park in 2019.

Korda won the season-opening Diamond Resorts Tournament of Champions in January for her sixth LPGA Tour title, and sister Nelly Korda followed with a victory a month later in the Gainbridge LPGA in the second event of the year.

“We’re not playing in Asia next two weeks,” Jessica Korda said. “Taking those three weeks off, and the summer is so busy. Just going to pace ourselves. Got some big events coming up that I would like to be prepared for, and that’s kind of what my team and I are concentrating on.”

Tiffany Chan and Moriya Jutanugarn were a stroke back. Chan played at Southern California.

“My goal was to try not to be too aggressive because it’s my home course so I know the course really well,” Chan said. “So, I still tried to be a little more conservative.”

Brooke Henderson of Smiths Falls, Ont., fired a 2-under 69, Hamilton’s Alena Sharp opened with a 1-over 72, while Calgary’s Jaclyn Lee came in with an 8-over 79.

Lydia Ko opened with a 78, four days after winning the Lotte Championship in Hawaii at 28-under 260.

Patty Tavatanakit had a 75 in her first event since winning the ANA Inspiration for her first major and first LPGA Tour victory.