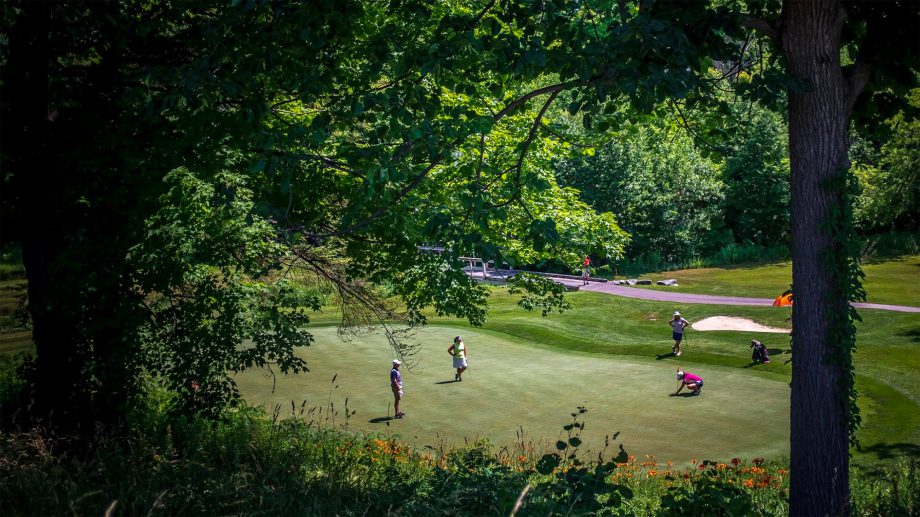 THORNHILL, Ont. —Players took advantage of ideal scoring conditions Wednesday at the Ladies’ Golf Club of Toronto for the first round of the DCM PGA Women’s Championship of Canada.

A total of seven players posted rounds under par on the venerable Stanley Thompson designed gem in Toronto’s north end.

Jessica Porvasnik of Ohio leads the way after an opening-round 4-under-par 68, which included five birdies on the inward nine. Kayla Lawrence, Aram Choi and Sandra Angulo are just one shot back at 3-under-par. Emma De Groot and Brooke Baker were both 70, while local favourite and Ladies’ Golf Club of Toronto member Elizabeth Tong was 71 Wednesday.

“This golf course is in great shape with perfect greens,” Angulo said. “It’s a very risk and reward type of golf course, so you have to be very aware where to attack.”

“My experience this week has just been amazing,” she said. “The support from everyone here at the club, the PGA of Canada, the sponsors have just been first class.”

The Ladies’ Golf Club of Toronto hosted the inaugural DCM PGA Women’s Championship in 1987, which was won by PGA of Canada Hall of Fame member Cathy Sherk. The club also hosted the event in 1999 (won by Lorie Kane) and for the third time in 2007 (won by Salimah Mussani).

Ladies’ Golf Club of Toronto is North America’s only remaining private golf club established by women for women and was founded in 1924 by Canadian Golf Hall of Fame member Ada Mackenzie. Designed by famed Canadian golf course architect Stanley Thompson, the course was officially opened for play in 1926.

The winner of this year’s championship will earn an exemption into the CP Canadian Women’s Open at the Wascana Country Club, Aug. 20-26.

Additionally, the PGA of America recently formed the Women’s PGA Cup, a first-of-its-kind team competition for Women PGA members from around the world.

The PGA of Canada is pleased to be taking part in this landmark event. The inaugural competition will be played October 21-26, 2019 in the United States.

Those eligible to represent their country in the Women’s PGA Cup must be members in good standing with their respective Professional Golfers Association (PGA). They must also be active in the game, be it as a teacher, coach or working as club professional/assistant. Tour professionals who primarily compete for a living are not eligible to participate.

Admittance to the DCM PGA Women’s Championship of Canada is free and spectators are encouraged to attend the 36-hole championship play.