Jhared Hack leads by one in Ottawa 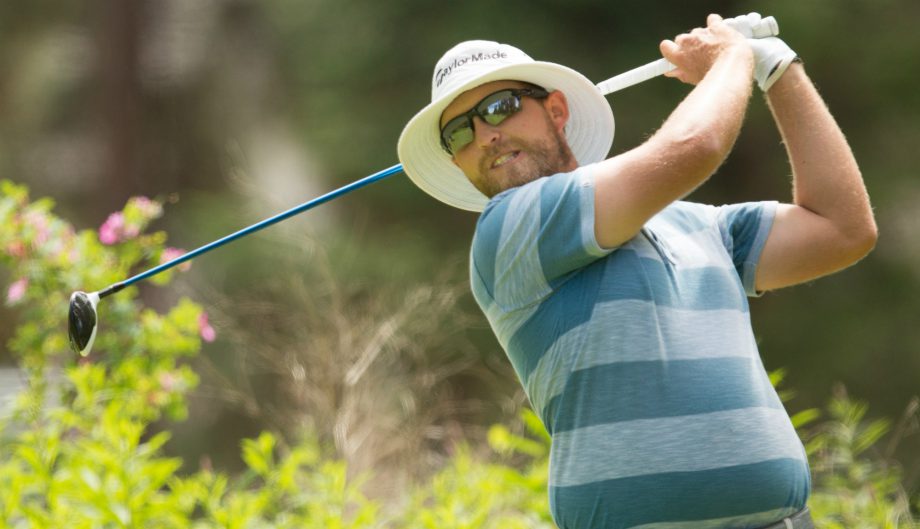 Lake Mary, Florida’s Jhared Hack shot a 7-under 64 on Thursday at Hylands Golf Club to take the first-round lead at the National Capital Open to Support Our Troops, the ninth event of the 2017 Mackenzie Tour – PGA TOUR Canada season.

The 27-year old carded eight birdies and one bogey to sit one stroke ahead of Kimberley, British Columbia’s Jared du Toit, Dallas, Texas’ Kramer Hickok and Maysville, Kentucky’s Mark Blakefield after one round in Ottawa.

“I just stayed patient, man,” said Hack, who came to Ottawa motivated after a disappointing weekend in Calgary last week, where he shot rounds of 78-82. “I know I’ve said that a lot this year, but I kind of had a rough weekend last week and just wanted to learn from that. I made a lot of sloppy mistakes and decisions, and I wanted to be as stress-free as I could today. Obviously when you shoot 64, you’re not trying to – it just kind of happens.”

Already with two T3 finishes this year at the Bayview Place Cardtronics Open presented by Times Colonist and the Players Cup, Hack said he’s close to breaking through, especially after making the switch to a cross-handed putting grip before Thursday’s opening round.

“I switched to cross-hand for today. The putter’s been a little balky this whole season, so I just tried to find something to kind of believe in and feel like it’s consistent,” said Hack, who was pleased with the results. “I made some nice putts today that I definitely haven’t been making, and they went in with some conviction, so it’s nice to see that.”

Hickok, Blakefield and du Toit each managed opening rounds of 65, while nine players were at 5-under 66 after Thursday’s play. A total of 26 players were within three shots of the lead after Round One.

du Toit is coming off a standout amateur career that concluded in June with his senior season at Arizona State University, where he was named a 2017 NCAA 2nd team All-American.

The Kimberley, B.C. native is a member of Golf Canada’s National Team and captured the attention of the nation last year when he played his way into the final group on Sunday at the RBC Canadian Open before finishing T9.

“I think my biggest thing is staying patient. My time will come. If it’s this week, great. If it’s a year from now, great. If it never comes, who knows,” said du Toit. “One of the things I focus on is trying to stay patient, and I’ll do my best to string four good rounds together.”

Blakefield is making his eighth career start on the Mackenzie Tour this week. The University of Kentucky grad earned conditional status with a T9 finish at the USA East #1 Q-School this spring and has made five of seven cuts this year, including a season-best T11 finish at the Staal Foundation Open presented by Tbaytel.

In 2006, Blakefield helped the University of Kentucky to the SEC Championship along with teammate and current PGA TOUR member J.B. Holmes.

Hack is making his ninth career start on the Mackenzie Tour this week. He finished T3 earlier this year at both the Bayview Place Cardtronics Open presented by Times Colonist and the Players Cup and sits 11th on the Order of Merit.

In 2007, Hack won the prestigious Western Amateur, defeating Rickie Fowler and Dustin Johnson in Match Play on the way to the title. He turned pro after one semester at the University of Central Florida and owns 54 wins on various mini tours.

Hack spent the last two years on the Web.com Tour, recording three top-25 finishes in 35 starts. He finished 132nd and 109th on the Web.com Tour Money List in 2015 and 2016, respectively, and also owns extensive experience on PGA TOUR Latinoamérica, with six top-10s in 25 career starts.

25-year old Hickok is in his first season on the Mackenzie Tour and ranks No. 3 on the Order of Merit thanks to a win at the Players Cup and a runner-up at the Staal Foundation Open presented by Tbaytel.

Hickok owns one pro win earlier this year on the Adams Tour and earned Mackenzie Tour status with a T15 finish at the British Columbia Q-School.