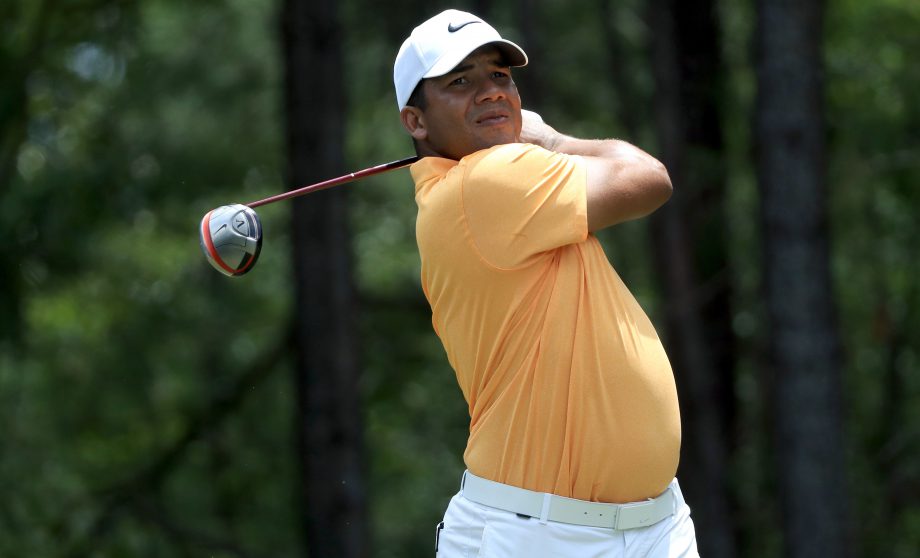 OPELIKA, Ala. – Jhonattan Vegas’ lead was down to three strokes Saturday when rain finally stopped third-round play in the Barbasol Championship.

Six shots ahead after a course-record 11-under 60 on Friday, Vegas was 1 over for the round and 16 under overall playing the par-4 14th when play was stopped on Grand National’s Lake Course.

The 29-year-old Venezuelan Olympic qualifier failed to qualify for the British Open and has only past champion status – he won the 2011 Bob Hope Classic for his lone tour title – on the PGA Tour. The winner Sunday will get a two-year exemption and a spot in the PGA Championship, but will not be exempt for the Masters.

David Toms and Aaron Baddeley were 13 under.

The 49-year-old Toms was 4 under for the day with four holes left.

Baddeley shot a 64, chipping in on the par-4 18th for his third straight birdie. The 35-year-old Australian, also limited to past champion status, won the last of his three titles in 2011 at Riviera.

“All I was thinking is just playing golf,” Baddeley said. “If you try and force the issue, that’s usually when you go backwards. I was just trying to play golf, just keep playing, keep hitting good shots and, if I keep doing that, there’s a chance I’m going to shoot a low score and I did that.”

Michael Johnson, the former Auburn player making his pro debut, was tied for fourth at 11 under with five holes to go.

“It’s just a nice solid round, I played really well,” Saunders said. “Momentum got thrown off a little bit there with the rain delay, but I’m still pleased with the way I finished and put myself in a good position for tomorrow.”

Appleby had a 66. Harman had two holes left, Castro four, and Swafford five.

Canadian Olympian David Hearn of Brantford, Ont., was 2-under through 17 holes when play was halted. He holds a share of 21st, while fellow Olympian Graham DeLaet of Weyburn, Sask., sits T37 and is in the midst of a 4-under round with one hole to play in his third round.