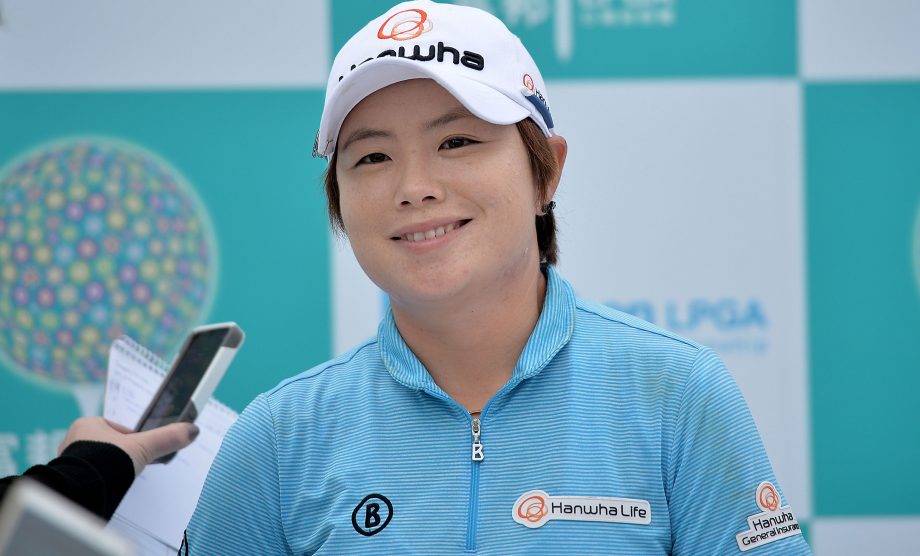 The 29-year from South Korea birdied four of her last five holes in windy conditions and holds the lead after
18 holes for the first time since the 2013 Mobile Bay LPGA Classic. Ji, a former U.S. Women’s Open champ, said she used the wind to her advantage.

“Actually, I didn’t fight with the wind,” said Ji. “I just using the wind a lot. My ball flight wasn’t too lower today. I just see my ball line and I just look at my shot, my image was really good.”

Ji has two career LPGA Tour victories and will try to break back into the winner’s circle for the first time since her major breakthrough in 2009. Her season-best finish and only top-10 of the year came at the Evian Championship where she tied for eighth. Ji had two chip ins and only 23 putts in her round today.

“It’s getting better from the beginning of the season to the last of the season,” said Ji. “I just working on my short game last week and the week before, because my chipping wasn’t feeling good. So I was working a lot this week and I just chipped in twice today and I think I worked on a lot of right things.”

A group of four players sit two shots back and in a tie for third including Morgan Pressel, Sandra Gal, Charley Hull and Sun Young Yoo. Rolex Rankings No. 2 Lydia Ko (T7) is three shots back and tied with seven others at 3-under par.

Five-time major champion Yani Tseng and TLPGA member Meng Chu Chen were the top Taiwanese performers on day one and sit six shots back after rounds of even-par 72.