Jim Herman opens with a 62 to lead at Innisbrook 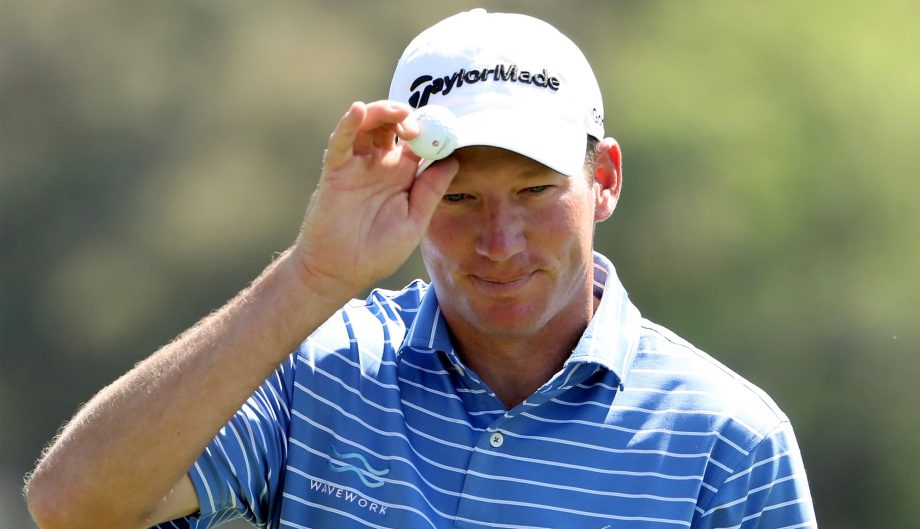 PALM HARBOR, Fla. – Jim Herman was persuaded to play the Valspar Championship by an influential acquaintance, and he made it pay off Thursday with a 9-under 62 for a two-shot lead.

No, it wasn’t President Donald Trump this time.

Herman wasn’t getting much out of his game – three missed cuts and a tie for 27th – when he played the Seminole Pro-Member the day after the Honda Classic. Jack Welch, the former chairman of General Electric, came along for nine holes and liked what he saw from Herman, who said he would have had a 65 that day.

“Had a really good day there, and got urged on from Jack Welch – he’s a member there – to play here,” Herman said. “I was looking at taking two weeks off, so I was kind of a late commit to this tournament. I guess I’m certainly glad I took his advice.”

Herman putted for birdie on all but two holes, and except for a 35-foot putt from the fringe on No. 10 (his opening hole), the rest of his birdie putts were all from 15 feet or close. He only came close to bogey once, making an 8-foot par save on No. 2.

He wound up missing the course record by one shot, but still had a two-shot lead over British Open champion Henrik Stenson and Russell Henley. The first round did not finish because of a one-hour fog delay Thursday morning, though it should be back on schedule by the weekend.

Herman, of course, is most famous for his relationship with Trump.

After grinding on the mini-tours for longer than he cares to remember, he took a job as an assistant pro at Trump National in New Jersey and one day was summoned to play with the boss. Herman played great that day, and Trump encouraged him to give the PGA Tour another attempt.

He eventually made it, and picked up his first PGA Tour victory last year at the Shell Houston Open. Herman still has an endorsement deal with Trump, and he has the Trump golf logo on the crest of his shirt and on his golf bag.

The two weeks he missed on the West Coast Swing was to attend the inauguration.

Herman has only one top 10 since his victory in Houston last year and has slipped to No. 89 in the world, meaning he likely will need a victory in the next few weeks of he wants to return to the Masters.

This was only a start, and looming behind him is Stenson.

The powerful Swede has a plan for the tree-lined Copperhead Course at Innisbrook, and Stenson stuck to it on Thursday by hitting 3- and 4-iron off the tee when Charl Schwartzel and Bubba Watson were hitting driver.

Stenson’s strength is his irons, however, and he kept giving himself ample birdie chances.

He even laid so far back on the par-5 opening hole after making the turn that he 270 yards to the pin. He put that in the corner of a bunker next to the green and blasted out to a few feet for an easy birdie.

For the 456-yard sixth hole, Stenson hit 4-iron off the tee and another 4-iron toward the green. He missed it well to the right toward the gallery, but answered with a pitch-and-run to 3 feet for par. He also played bogey-free, needing a 12-foot par putt on the 12th hole to keep a clean card.

“When the putter feels good and the short game is in good shape, a lot of times I see it more as guaranteeing having a second shot into the green, even if it’s a longer club,” Stenson. “That’s what I’ve done around here the previous two times, and it’s worked out fine.”

Stenson tied for fourth in 2015 and tied for 11th last year.

“There’s certainly a few holes where you can try and push a little bit,” he said. “Thursday is not really the day where you need to make those kind of decisions.”

Henley opened with a bogey on No. 10 and then made eight birdies over his next 11 holes before finishing with six pars.

One day after an amateur’s shot in the pro-am hit a tree and struck Schwartzel on the wrist, he appeared to be free of pain. He just didn’t make enough putts, only had two birdies and opened with a 70.

Seamus Power of Ireland had a 66, the best score among those who played in the afternoon when the greens became crustier and the wind picked up a little more. Charles Howell III was in the group at 67.