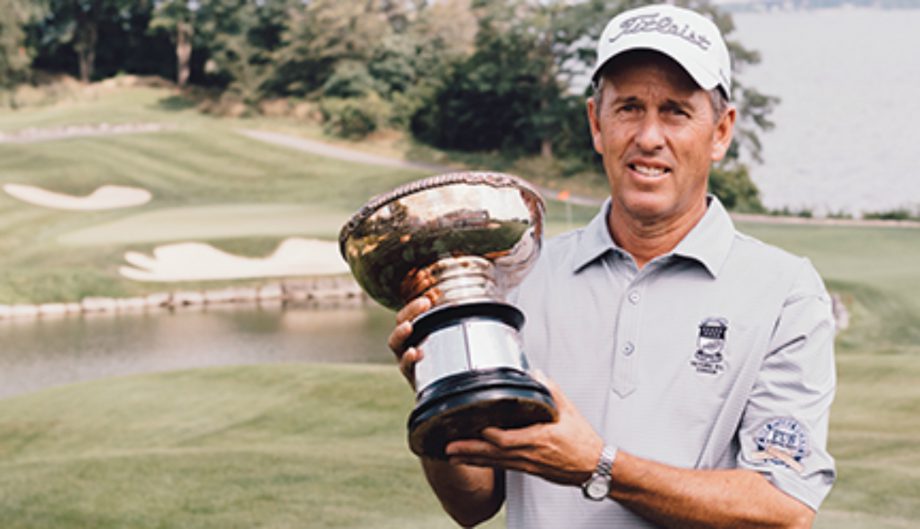 Making his final round finish even more remarkable, Rutledge admitted he was battling food poisoning all through the previous night and well into Friday morning.

“I had a rough one out there today and I wasn’t feeling all that well when I rolled up this morning, so I was just trying to get as much water and bananas into me as possible,” Rutledge admitted. “I got off to a really good start, which was really surprising, and after that I just kind of cruised.”

Rutledge’s outward nine Friday included four birdies and a lone bogey, while his backside saw a single birdie on the 12th.

“I hit some not-so-great iron shots on the back-nine,” Rutledge said. “But I wasmis-clubbing in the right spots, which is very important out here.”

With his fifth win, he now only trails golf legend Moe Norman for most PGA Seniors’ Championship of Canada titles. Norman has eight titles, with seven coming in consecutive years.

“I’d love to win a few more and it excites me to think about it,” Rutledge said about the prospects of winning more titles. “Moe Norman is a legend andI by no means put myself in the same category as him, but I’ll chase him if the opportunity comes along.”

The PGA of Canada’s No. 12th-ranked player Scott Allred finished alone in fourth at 1-under-par, while Phil Jonas and Ken Tarling were T5 at even par.

In addition to finishing T2, Hamilton won the Super Senior division for the second time in three years.

The next PGA of Canada national championship takes place Aug. 14-16 at Scarboro Golf & Country Club for the DATA PGA Women’s Championship of Canada.