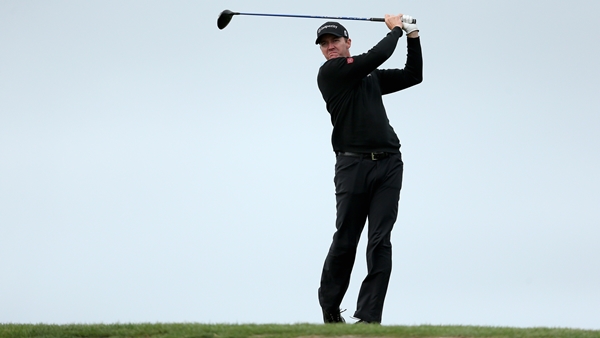 PEBBLE BEACH, Calif. – The wind was so strong, the conditions so demanding, that Jimmy Walker felt like Saturday at the AT&T Pebble Beach National Pro-Am was competing against the golf course instead of the rest of the field.

Walker finally made his first bogey of the tournament, and that was only a nuisance. He ran off five birdies at Monterey Peninsula for a 4-under 67, the best score of a blustery day, giving him a six-shot lead going into the final round.

Walker went 187 starts on the PGA Tour without winning. He now has a chance to win for the third time in his last eight tournaments. He won the Frys.com Open last fall about an hour away at CordeValle. He won for the second time this season last month in Honolulu. In both those tournaments, Walker was trailing going into the last day.

This time, he has the largest 54-hole lead at Pebble Beach since Phil Mickelson led by seven in 2005. Mickelson went on to win by four shots.

“I’ve never had whatever big lead this is going into the last round,” Walker said. “Just go out and hit good shots and play good golf and see what happens.”

Tim Wilkinson of New Zealand had a 69 and Hunter Mahan had a 72, both at Monterey Peninsula. They were at 208.

Havoc happened on Saturday on all three courses, particularly at Pebble Beach.

The third round was not completed because of a delay lasting 2 hours, 19 minutes due to gusts at 30 mph that made golf balls roll off the green, mostly at Pebble Beach. In a three-course rotation, play has to be stopped at all three courses.

The average score at Pebble Beach was just over 75.

Jordan Spieth caught the brunt of it. Tied with Walker going into the third round, Spieth was 5-over through 15 holes when the round was halted by darkness. That included a pair of three-putts on the front nine when he went out in 40, and another three-putt from 18 feet. Spieth missed an 8-foot birdie putt on the 16th hole, and then chose to mark the 5-foot par putt he had coming back.

Walker opened with a 66 at Pebble Beach when it was calm, the best time to play it. That doesn’t mean he was off the hook on the Shore Course at Monterey Peninsula. He just had to play his best, and he did.

On the par-3 ninth, typically a 6-iron, Walker smashed a 5-wood into the wind and couldn’t reach the green. He made one birdie with an 8-iron from 140 yards, and was hitting 4-iron that went only about 165 yards.

Richard Lee had a 72 at Spyglass Hill and was alone in fourth at 209. Phil Mickelson had a 71 at Spyglass and was among those eight shots behind. Only three players broke par at Pebble _ none better than Dustin Johnson’s 70. Brendon Todd looked as if he might have one of those rounds until bogeys on the last two holes.

“Nine and 10 are par 5s today. I couldn’t reach either one,” Todd said. “There were no birdie holes out there.”

Play was stopped about an hour after the last group teed off. It was a peculiar sight to see clouds gathering on the Pacific horizon, and officials trying to spray water on the greens to help balls stay on the putting surface.

And when play resumed, Brian Gay was given relief on the fourth green at Pebble Beach because of standing water left from hosing down the greens. He was able to move his ball some 15 feet to the other side of the green.

But the big trouble was the wind.

Kevin Chappell’s approach to the par-3 fifth sailed over the cliff, and he ambled down toward the beach to play the shot. The par-5 sixth at Pebble, usually reachable with a long iron, was a true three-shot hole. On the 109-yard, downhill seventh hole into the wind, the club of choice was a chip 8-iron.

It was most difficult with the putting _ being able to stand over the ball, trying to hit it as it wobbled and judging the speed. Geoff Ogilvy three-putted from 3 feet twice in a three-hole stretch on his way to an 81. Spieth had a pair of three-putts that sent him tumbling out of contention. The worst was on the ninth, when he gunned his 12-footer for par about 4 feet by the hole, sent the next one 5 feet by on the other side and raised his arms in mock triumph when he made the third one.

D.A. Points might have had the best time. His score didn’t count.

Points was disqualified Friday for using a sponge ball as a training device while waiting on the 18th tee. He returned Saturday to contribute to the pro-am side of the competition with former Secretary of State Condoleezza Rice. The team shot 77 and missed the cut.

“It meant an enormous amount to me,” Rice said. “He didn’t have to do that. It speaks really well for him and for the tour that he came out played, anyway.”