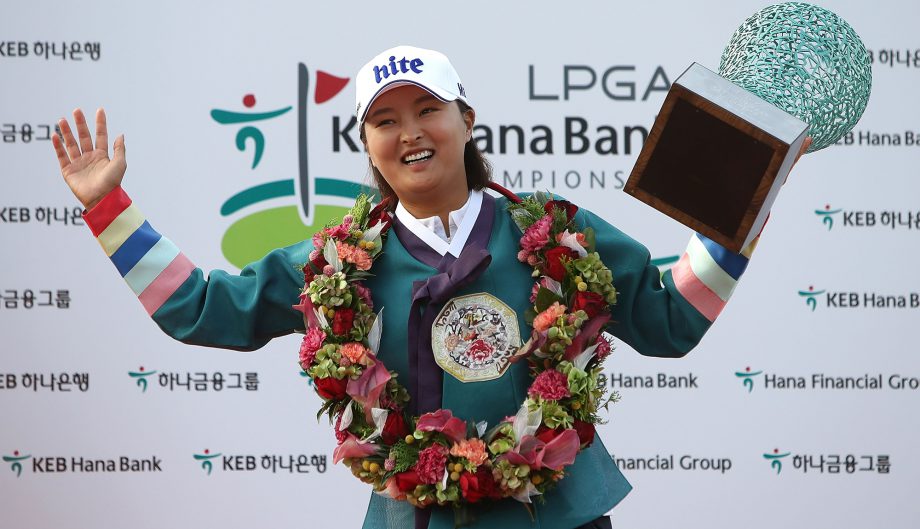 Ko, who had been two strokes in front overnight, bogeyed two of the first three holes at the Ocean Course before carding six birdies for a 68 and an overall 19-under total of 269.

“After I made the two bogeys I had a really long chat with my caddie,” Ko said. “He kept reminding me that being nervous was quite natural, that I needed to accept those nerves. I kept reminding myself of that.”

Sung Hyun Park, seeking her third LPGA Tour victory of the year and the chance to take over at the top of the Rolex Rankings for the first time, was denied both goals after closing with a 68 and finishing two shots behind Ko.

Park played flawless golf over the first 13 holes with four birdies, but a three-putt bogey at the 14th effectively halted her title bid.

“Although I didn’t win, I think I had a really solid, good round,” said Park. “It’s not easy to lower your score in the final group of the championship, and I managed to get a four-under round.

In Gee Chun, playing with compatriots Park and Ko in the final grouping, finished in third after carding a final-round 69.

Carlota Ciganda, who won last year’s LPGA KEB Hana Bank Championship in a playoff with Alison Lee, tied for eighth with a final-round 72.

Canada’s Brooke Henderson continued her momentum from her win at the McKayson New Zealand Women’s Open, finishing at 10 under par in a tie for eighth.