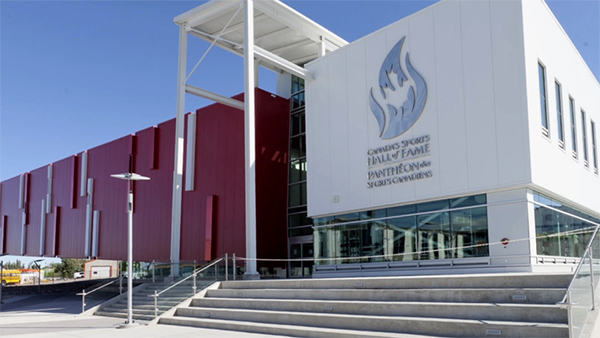 Canada’s Sports Hall of Fame has announced the select group of individuals who will be honoured as its 2015 induction class. Jocelyne Bourassa is one of the 12 inductees – 10 athletes and two as sport Builders – who have been recognized for their outstanding contributions to Canada’s rich sporting landscape. Bourassa has left an indelible imprint on the growth of women’s golf in Canada. Renowned course architects, prolific golfers and pioneers of the game Stanley Thompson and the Murray brothers – Charles and Albert – will be inducted into the Hall’s inaugural Canadian Sport Legends Class in recognition of their numerous contributions to the game in Canada.

“There are few more deserving members of the Canadian golfing community than these four individuals. Their inclusion in Canada’s Sports Hall of Fame amongst the nation’s greatest sporting icons demonstrates not only their tremendous influences on the state of our game, but also the importance of golf to our country,” said Sandra Post, Chair of the Canadian Golf Hall of Fame selection committee. “On behalf of every golfer and every fan of the sport in Canada, I would like to extend my most sincere congratulations to Jocelyne and the Thompson and Murray families for this amazing honour.”

Inducted in the builder category, Jocelyne Bourassa – who will become the 14th member associated with the game of golf – was an accomplished amateur and professional golfer in the 1960s and 1970s. The two-time winner of the Canadian Women’s Amateur Championship broke through to the professional ranks in 1972 and was named the LPGA Tour Rookie of the Year; her accolades on the course also garnered her 1972 Canadian Female Athlete of the Year honours.  That same year, the Governor General of Canada made Bourassa a Member of the Order of Canada. Beyond her play, Bourassa was a stern advocate for the development of women’s golf. She founded the du Maurier Classic which today, still serves to showcase the world’s best female golfers on Canadian soil in its current iteration – the Canadian Pacific Women’s Open. She worked tirelessly as the tournament’s Executive Director from 1980 to 2000 and still champions the cause of expanding the borders of women’s golf. The Jocelyne Bourassa Player of the Year award is presented annually to the Canadian Women’s Tour player who finishes atop its Order of Merit. In 1996, she was inducted into the Canadian Golf Hall of Fame.

As part of its 60th anniversary, Canada’s Sports Hall of Fame will be honouring an additional group of inductees as its Canadian Sport Legends Class. This distinction will recognize individuals whose accomplishments in developing Canadian sports primarily took place before 1955. Of the 31 athletes and 15 builders who form the inaugural Legends Class, three individuals proved to be instrumental in shaping Canadian golf.

Inducted in the Builders category of the Legends Class, Stanley Thompson began his time with the sport playing his way through a fine amateur career. His love of the game led him away from competition and to the intricacies of hole placement, course layout and design philosophy. The native of Toronto became one of the country’s most renowned golf course architects with over 200 international courses to his name. A number of Thompson’s designs are regarded as some of the top golfing experiences this country has to offer. The natural beauty of Toronto’s St. George’s and the challenge and topography of Vancouver’s Capilano are considered among Thompson’s finest and most famous works.

His time as a leader in the industry allowed him to co-found the American Society of Golf Course Architects in 1946.  Thompson’s influence in the game lives on with many of today’s architects having learned from the man himself or one of his many protégés. Stanley Thompson’s lasting legacy to the game earned him a place in the Canadian Golf Hall of Fame in 1980.

The Canadian Sport Legends Class will welcome Charles and Albert Murray as athletes as part of its first class. The two remain the only brotherly duo to have each captured Canadian Open championships with older brother Charles taking the title in 1906 and 1911, while Albert was crowned champion in 1908 and 1913.

Charles won the inaugural Canadian Professional Golfers’ Association championship in 1912 and was a 10-time champion of the Quebec Open from 1909 to 1924. At the age 15, Albert Murray became Canada’s youngest professional golfer. His victory at the 1908 Canadian Open secured him the distinction of being the championship’s youngest winner. The brothers would go  on to co-found the Canadian Professional Golfers Association, while Albert served as its Captain in 1920, 1921 and 1933 before being elected to its presidency in 1941.

On Wednesday, June 17, the Canadian Sport Legends Class will officially be inducted into Canada’s Sports Hall of Fame located in Calgary. Jocelyne Bourassa will be honoured at the 2015 Induction Celebrations which will take place on Wednesday, October 15 at the Mattamy Athletic Centre in Toronto. Honoured members from across the nation and around
the globe are expected to be in attendance in support of the
incoming class.

Past Canada’s Sports Hall of Fame inductees associated with golf: