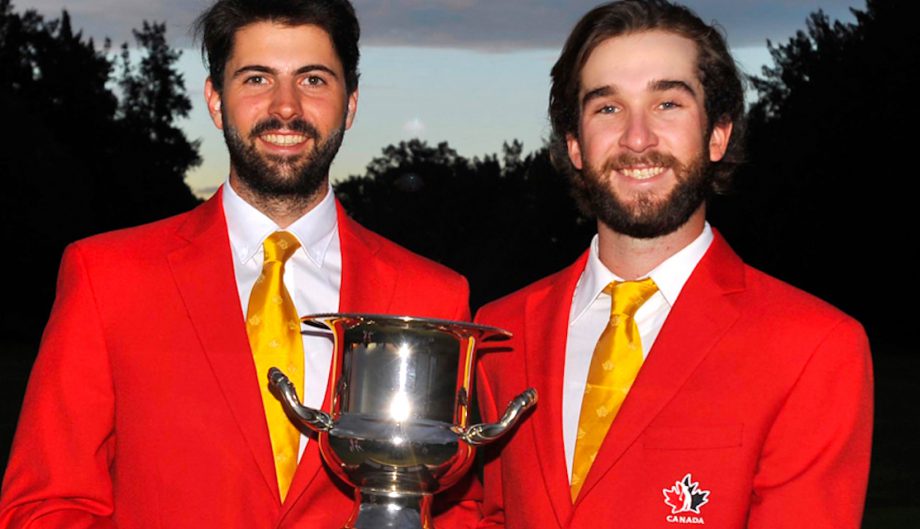 The Canadians were led by Savoie of La Prairie, Que., who fired his lowest round of the tournament with a 5-under 66 en route to capturing medallist honours. The 23-year-old finished at 8 under par (69-73-68-66), two strokes ahead of runner-up Machado Herik of Brazil.

“This victory was because Josh and I complimented ourselves in a great way together,” said Savoie. “We want to thank the families that have hosted us here in Argentina — they treated us very well and made for a memorable week.”

Whalen of Napanee, Ont., also saved his best for the final round, carding a 3-under-par 68 to climb into a share of fourth individually. The Kent State alumnus closed the event at 4 under (73-69-70-68), one stroke shy of third place.

“It feels great to have put in the work and win the cup for our country,” said Whalen. “We played very calm all week — we came with a lot of confidence and everything came together for us when we needed it to.”

Collectively, the Canadian duo totalled a 5-under 134 in Sunday’s finale, extending their 54-hole advantage from two strokes to a convincing 16. The win marks the third victory for Canada in four years, which is an accomplishment not lost on Team Canada men’s head coach, Derek Ingram.

“I’m very happy for Joey and Josh — this is a really great start to their first year as members of the national team,” said Ingram. “It’s great for these two to follow in the footsteps of professionals Corey Conners (PGA TOUR) and Austin Connelly (European Tour), who were in the very same spot — a great learning experience all around.”

Camilo Aguado, the Colombian 54-hole leader at the 2017 Canadian Amateur, finished in seventh place at 2 under par.