Johnson hot with Hearn on his tail at the Memorial 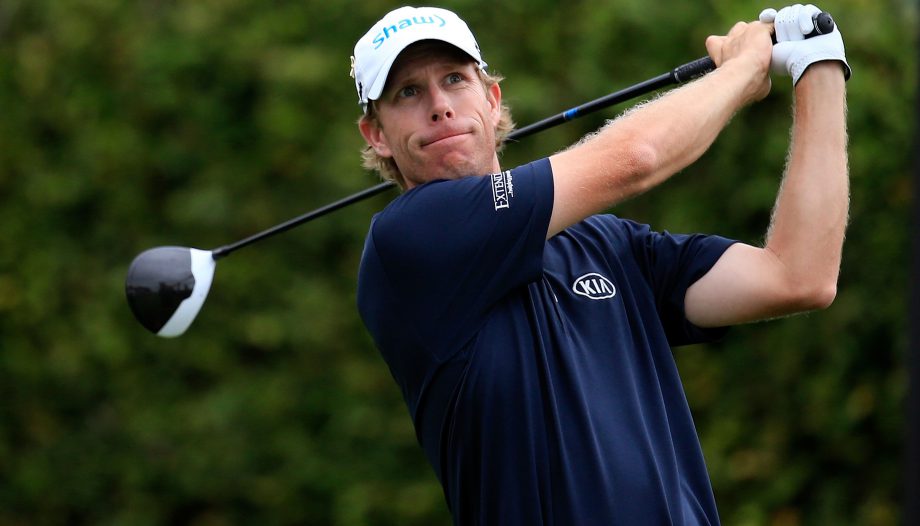 DUBLIN, Ohio – Dustin Johnson set the pace early with 10 birdies on his way to an 8-under 64 at the Memorial.

Jason Day avoided his aggressive nature to try to catch him Thursday.

One day after Jordan Spieth referred to Johnson as the most talented player on the PGA Tour, Johnson opened with three straight birdies, made three straight birdies to close out the back nine, added four in a row on the back and wound up with his best score in his nine years at Muirfield Village. He had a one-shot lead over Brendan Steele, who holed out for eagle on the 18th for a 65.

For a short time, the big hitter took some of the attention away from the Big Three.

But not all of them.

Day, the No. 1 player in the world and a member at Muirfield Village, played in the afternoon as the clouds began to gather. He rallied on the back nine with three birdies and an eagle, and he wound up two shots behind. That was fine with him. His 66 was his best score in competition on the course Jack Nicklaus built.

“Mr. Nicklaus told me early, ‘Just play within yourself.’ Being patient is key out here,” Day said. “When you see an 8 under, it’s hard to be patient. But pleased.”

Spieth’s putter saved him in a scrappy round of 70.

Rory McIlroy, playing with Spieth, changed back to a conventional putting grip. That helped only so much in his round of 71.

So much attention was on the top three players in the world because of their ranking, having won five of the last seven majors, and because all three arrived at the Memorial coming off victories.

Johnson, with his power and on Thursday his putting, showed why Nicklaus and others think this “Big Three” will only get larger.

“I just played well right out of the gates,” Johnson said. “This year, I’ve felt like I’m playing well. I just haven’t quite played up to my potential. With me, it has everything to do with the putter. I rolled it well today. I’ve been working pretty hard on the putter, and I felt like it’s finally starting to pay off.”

Brantford, Ont., native David Hearn is in a four-way tie for third place after a 6-under 66 day. Adam Hadwin of Abbotsford, B.C. is tied for 44th.

Matt Kuchar holed a 15-foot par putt on the 18th hole to join the group at 66 that included Hudson Swafford, who did all his damage on the front nine when he tied the course record with a 29.

Luke Donald was among those at 67, while Phil Mickelson survived a few wild shots for a 68. Mickelson caught a flier out of the rough on the 14th, and it hit off the grandstand and went so far over the green that his best option was to take a penalty and return back to the original spot. He made a 20-foot putt for bogey. Then, he beaned a marshal in the head on the 15th, and it kicked back across the fairway and led to birdie on the par-5 15th.

Day, a 28-year-old Aussie who lives in Columbus after meeting his wife in Ohio, has never finished better than a tie for 27th. He took a big step toward changing that with a patient approach and converting enough opportunities to get his name prominently on the leaderboard.

Johnson’s round was similar to Spieth’s in terms of putting. The difference is Johnson had more putts for birdie. Four of his 10 birdies were from at least 10 feet, including a 30-foot birdie putt on the 13th hole. He also failed to birdie two of the par 5s in his round of 64.

“Every week, I feel like I’m up there and I’ve got a chance to win,” Johnson said. “With this game, you’ve got to make putts. I mean, it’s just what you’ve got to do.”

Spieth hit only two fairways and three greens on the back nine, but he didn’t pay for it. He holed a 12-foot par putt to start his round on No. 10, and his short game was superb as ever. Dating to his victory at Colonial on Sunday, he had 16 consecutive one-putt greens. The streak ended when he missed a 12-foot birdie putt on the 17th.

“Just didn’t get off to a good start on the first few holes striking, and from there it got me thinking about stuff,” he said. “But my putter made up for it for the most part. To shoot 1 under on my front nine was by far the best that I could have possibly shot.”

The biggest change for McIlroy was going back to a conventional putting grip, even though he won two weeks ago at the Irish Open. He said he took 127 putts at The K Club – his ball-striking was superb – and felt he needed a better pace that the convention grip allows.