Johnson pulls off a stunner over Spieth in Northern Trust 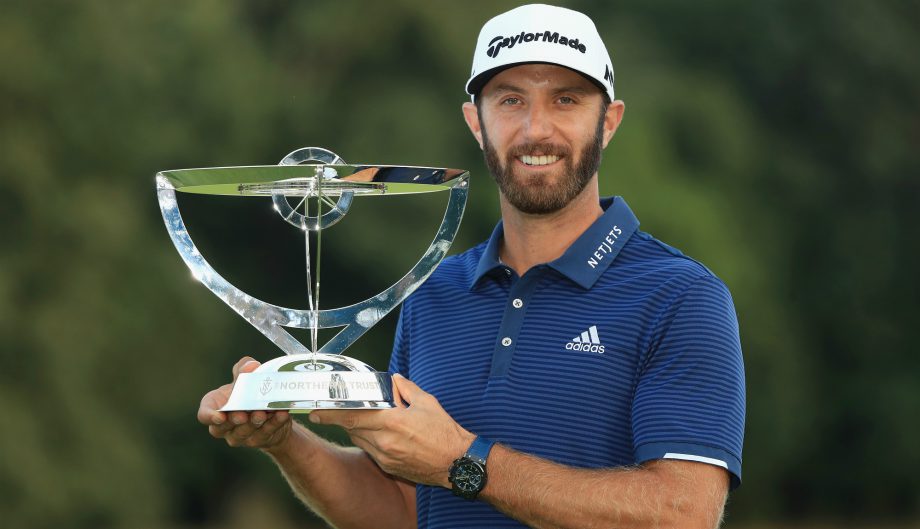 Dustin Johnson faced long odds all day against Jordan Spieth until the longest drive led to an unlike playoff victory Sunday in The Northern Trust.

Johnson rallied from a five-shot deficit on the front nine. And on the final hole in regulation, after one of the most powerful players in golf chose to lay up from the rough, his 18-foot par putt swirled around the cup and fell in the back side for a 4-under 66 to force a sudden-death playoff.

So clutch. It’s been almost 2 hours and we still can’t believe it.@DJohnsonPGA on the 72nd hole to force a playoff … pic.twitter.com/K9DL8ZPT0N

Returning to the 18th hole, Johnson felt the wind switch and took on the lake with a 341-yard tee shot – the longest of the week on that hole – that left him a lob wedge that he hit to 4 feet.

Spieth, who already made his share of big putts along the back nine at Glen Oaks, hit 7-iron to the back collar and missed his 25-foot birdie putt. Johnson rolled in his short birdie putt for his fourth victory of the year.

Spieth, who closed with a 69, lost for the first time in six tries when leading by at least two shots. There wasn’t much he could do except take back that tee shot into the water on the par-3 sixth hole after building a five-shot lead. Johnson played bogey-free in the final round, and played his final 29 holes at par or better.

“I didn’t lose the tournament,” Spieth said. “He won it.”

The opening FedEx Cup playoff event featured two of the biggest names in golf who put on an amazing show on Long Island.

“I thought that was a fun show,” Spieth said. “I was hoping it wasn’t going to be that much fun.”

Johnson made up a five-shot deficit in five holes, and they battled along the back nine with big shots and big moments. They were tied on the par-3 17th when both hit into a bunker, and Johnson blasted out to 4 feet with an easier shot and angle to the hole. Spieth had 18 feet for par and knocked it in, like he always seems to do.

On the closing hole, Johnson showed the kind of golf I.Q. that belies his simple outlook on life. After he sliced his drive up the hill and into a nasty lie in the rough, he chose to lay up instead of trying to hammer a shot to an elevated green.

But he made it pay off with a par, that got him into the playoff after Spieth lagged a 75-foot putt perfectly to get his par.

Mackenzie Hughes of Dundas, Ont., finished in a tie for 62nd place.

Johnson won for the first time since he wrenched his back during a spill down the stairs that knocked him out of the Masters and derailed his dominance in golf. He had won three straight tournaments against strong fields until that injury.

“I feel like the game is finally back in form like it was before the Masters,” Johnson said.

Of his 16 victories, this was the first time Johnson faced a must-make putt on the final hole, and he delivered a par putt that even Spieth thought was going to miss on the high side of the hole.

The Northern Trust never looked as though it would contain so much drama.

Spieth began with a three-shot lead. He two-putted from long range for birdie on the par-5 third hole when Johnson, from closer range but putting from off the green, took three to get down for a par. And then the fifth hole felt like a dagger – Spieth poured in a 30-foot birdie putt, and Johnson missed his birdie from 8 feet.

That gave Spieth a five-shot lead – no one else was closer than seven – and it seemed even larger because Johnson wasn’t making any putts.

We head to the 18th with Spieth, DJ still tied. #QuickHits pic.twitter.com/MbqYLcxpPC

Five holes later, they were tied.

Spieth’s tee shot on the next hole banged off the rock wall and into the water on the par-3 sixth, and he made double bogey. On the ninth hole, Spieth took three putts from just off the left side the green, and Johnson made a 7-foot birdie putt for another two-shot swing.

Johnson began the back nine with an 8-foot birdie, and they were tied.

The closest Johnson came to taking the lead was a 15-foot eagle attempt that narrowly missed. Spieth regained the lead with an 8-foot birdie on the 14th, and Johnson tied him again from 18 feet on the next hole.

It was great theatre, even before a crowd not nearly as large as other courses used in the rotation, and it lasted all the way until the end.

No one else really had a chance.

Jon Rahm ran off three straight birdies early on the back and briefly was one shot behind, though he had stronger holes ahead of him and fell back. Jhonattan Vegas was within two shots after playing the scoring holes.

Otherwise, it was a matter of who finished among the top 100 in the FedEx Cup to move on to the TPC Boston next week for the next playoff event.

Bubba Watson shot a 70 and tied for 10th, to become one of eight players to qualify for the second playoff event all 11 years of the FedEx Cup. David Lingmerth, who started at No. 103, overcame a 40 on the front nine for a 73 to tie for 29th and move into the top 100.

Harold Varner III, not even among the top 125 going into the final regular-season event last week, made it to New York and then tied for 20th to crack the top 100.

The three players who moved into the top 100 were the fewest since two advanced in 2007 when the FedEx Cup began.