Johnson ready to move on, but is the public? 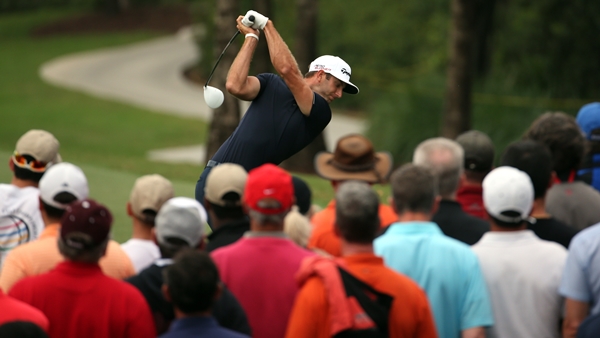 DORAL, Fla. – Whether by choice or coercion, Dustin Johnson sat out for six months.

That much should not be forgotten as Johnson, fresh off another World Golf Championship title that renewed his credentials as an elite player, tries to move forward even as there are lingering questions about his past.

And those questions linger in part because the PGA Tour doesn’t release all information about suspensions.

Heading into the final major of last year, Johnson was No. 5 in the Ryder Cup standings, a lock to make his third straight team. He was No. 4 in the FedEx Cup, poised for a shot at a lucrative payoff. And then he walked away under curious circumstances by announcing a leave of absence in a statement that contained words like “personal challenges” and “mission of self-improvement.”

The PGA Tour said nothing except to wish him well, and to deny a report by Golf.com that Johnson was suspended for six months. Golf.com reported Johnson failed three drug tests, the last two for cocaine, including in 2012 when he missed three months for what he said was a back injury from lifting a jet ski out of the water.

Six months later, Johnson looks as good as ever.

In the last five weeks, he has tied for fourth at Pebble Beach, lost in a playoff at Riviera and won at Doral.

There was a vibe on Twitter and in the locker room at Riviera when Johnson was in the playoff that it was not right for him to leave quietly and return with so little inspection. Johnson was helped because most of the attention went to Tiger Woods and his lost tooth and lost game.

Johnson received no earnings in golf tournaments for six months. He has averaged $164,183 per tournament in his career and missed at least seven tournaments he ordinarily would have played.

The tour is required under its anti-doping policy to announce a suspension (but not the substance). There have been two cases in seven years. But when it comes to recreational drugs, the tour conveniently tucks that under its ubiquitous “conduct unbecoming a professional” category, in which the tour is not required to publicly disclose anything. And it rarely does.

Conduct unbecoming could be a 3-iron that gets hurled into the water or any other fit of frustration. It could be comments that disparage another player. It could be marijuana.

John Daly was hearing rumors in late 2008 that he had been suspended for life because of a series of incidents. He called The Associated Press to set the record the straight: He was only suspended for six months. The AP called the PGA Tour, which said it does not comment on discipline.

Finchem said it doesn’t make sense to announce a fine when it would only serve to remind people of something “that five people saw on the fourth green.” Then again, millions of television viewers heard Patrick Reed berate himself over a three-putt in Shanghai by using a gay slur. The only comment came from Reed, who apologized.

By not saying anything, the tour creates a vacuum filled with speculation, innuendo and rumors.

When asked if the Golf.com report on the failed drug trusts were accurate, Johnson said “no” in an interview with the AP and then quickly and politely said he was done answering those questions.

They came up again when Johnson won the Cadillac Championship. And he will face more questions if he wins a major.

Finchem said there are some cases that require comment, though his analogy of a brawl, such as a player “slugging somebody in the stands,” didn’t resonate.

“When we get into substance abuse, it’s kind of in between,” Finchem said. “I mean, I can see some of the benefits of dealing with that differently. Thus far, we have chosen not to.”

And here’s where it gets sticky. If a player is mysteriously absent for a period of time – maybe he needs to clear his head, or even work on his chipping – speculation easily follows that he might be suspended. Even if the tour says otherwise, how much credibility does it have?

“If it triggers a situation where a player is stepping away from the game, or maybe being suspended, but we really don’t know, does that create confusion?” Finchem said. “And that’s one point that we are giving some thought to on that particular situation.”

Meanwhile, the PGA Tour is inviting you to draw your own conclusions. That’s safe for the tour. Is it fair to the player?