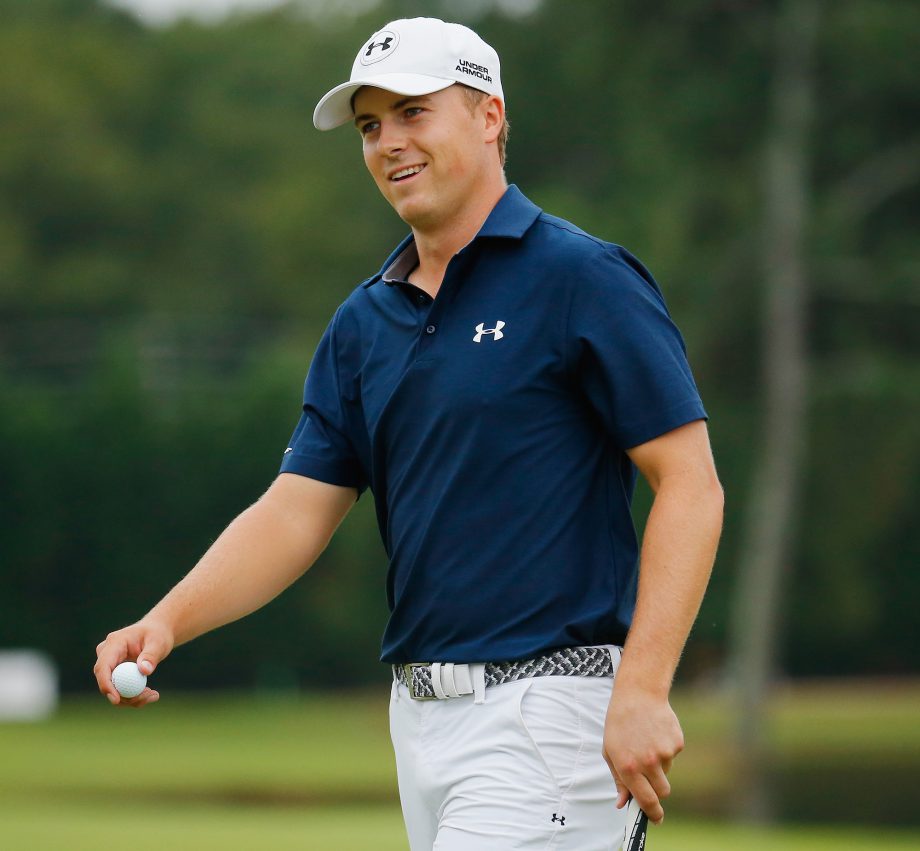 PONTE VEDRA BEACH, Fla. – Jordan Spieth was voted PGA Tour player of the year Friday, giving him a sweep of all the significant awards.

The PGA Tour does not disclose how many votes Spieth received from the players, though the 22-year-old Texan removed any suspense last week with his four-shot victory in the Tour Championship to win the Fed Ex Cup.

Spieth had five wins this year, including the Masters and U.S. Open. He is the youngest player since Tiger Woods (21) to win the Jack Nicklaus Award as player of the year. Spieth also won the Arnold Palmer Award by topping the money list with a record $12 million, and the Vardon Trophy for having the lowest adjusted scoring average.

Daniel Berger was voted rookie of the year. He was the only rookie to qualify for the Tour Championship.

Since the FedEx Cup began in 2007, Woods is the only other player to sweep the awards, win a major and capture the FedEx Cup and its $10 million bonus.

Just two years ago, Woods received the Jack Nicklaus Award for a record 11th time. He was presented the trophy at Torrey Pines to start the 2014 season, and he shared the stage that day with Spieth who was the 2013 rookie of the year.

Spieth looked over at Woods’ trophy and said, “Now it’s time to chase this other award.”

Spieth set the 36-hole record at Augusta National and tie Woods’ 72-hole mark at 18-under 270 with his wire-to-wire victory. He became only the fourth player since 1960 to win the first two legs of the Grand Slam when he won the U.S. Open at Chambers Bay. And he was tied for the lead at the British Open through 70 holes until a bogey on the 17th hole. He finished one shot out of a playoff and was runner-up to Jason Day at the PGA Championship.

Woods and Nicklaus are the only other players to not finish worse than fourth in all the majors.

Day got into the conversation late in the year by winning four out of six tournaments and reaching No. 1 in the world. He also had five victories, making it the first time in 42 years that the PGA Tour had two players with at least five wins.

The majors swung heavily in Spieth’s favor, however, along with his scoring average and record earnings. He also led the tour with 15 finishes in the top 10.

Spieth won the award over Day, British Open champion Zach Johnson and Rory McIlroy, who won twice this year but was sidelined for two months with an ankle injury from playing soccer with friends a few weeks before the British Open.

Spieth previously won the PGA of America’s points-based award for player of the year. Because of a bonus for winning two majors, Spieth clinched that award in August.

He won the award over Justin Thomas, who finished at No. 32 in the FedEx Cup and missed the Tour Championship by five points; Tony Finau, who featured on the weekend at two majors; and Nick Taylor of Canada. Taylor was the only rookie to win this year, but that was at an opposite-field event last fall when the top players were in Shanghai. Taylor was No. 101 in the FedEx Cup.