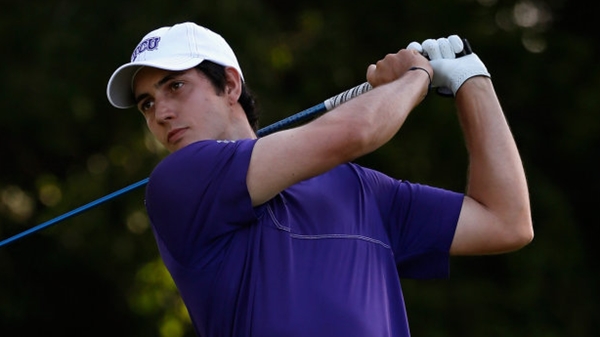 The three-time NCAA first team All-American, who is playing as an amateur and will complete his collegiate career with the Texas Christian University Horned Frogs following Q-School this week, led by one over Albuquerque’s Sam Saunders, who is also competing as an amateur, along with Danville, California’s Jeff Hamm and League City, Texas native Curtis Donahoe.

“It was very solid. I didn’t put myself in many bad situations. I didn’t have to save many pars from all over the place, and it was really a stress-free round,” said Brun, who owns nine career NCAA victories along with a Challenge Tour win in 2012. “I was able to put myself in the fairway many times and gave myself a lot of opportunities despite the wind. It was a very good round.”

This week marks a stretch of important events coming up for Brun, who will join his teammates at the Big 12 conference championships immediately after Q-School, with NCAA Regional and National Championships in the following weeks. Still, Brun said his focus remains on earning status on PGA Tour Canada for when he begins his professional career later this spring.

“I’m just taking it one day and one hole at a time. It’s a tough course and a good field, so I can’t take it easy out there. I need to play my best,” said Brun.

Donahoe posted his second sub-par round of the week to reach 4-under with Hamm and Saunders, whose brother Steve is a Web.com Tour member and PGA Tour Canada alumnus, while 36-hole leader David Mills shared fifth spot with Nathan Tarter at 3-under.

Canada’s Taylor Pendrith slipped to eighth after a third-round 76.