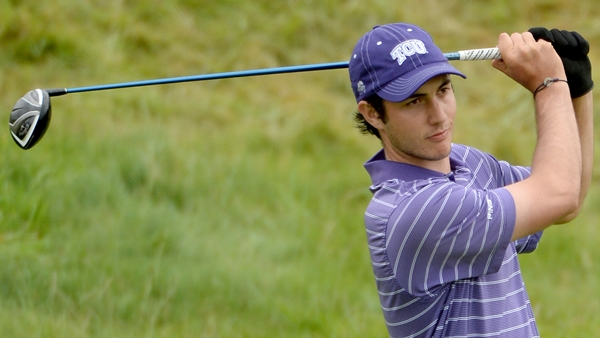 LOMPOC, Calif. – Antibes, France’s Julien Brun earned medalist honours at PGA Tour Canada’s California Qualifying Tournament Friday, finishing with a final round 1-over 73 to complete the 72-hole event at 4-under.

The three-time NCAA All-American, who will complete his collegiate career with the Texas Christian University Horned Frogs over the coming weeks before turning professional, holed shots from off the green on each of the last two holes to finish one stroke ahead of League City, Texas native Curtis Donahoe and Palos Verdes, California’s Paul McNamara III.

“My main goal was to come in and play my game and do my best. I didn’t know what kind of players I’d be playing against – I only knew about 10 guys in the field, so it’s tough to know what it would be like. I knew if I played my golf I would do fairly well, and that’s what I was able to do,” said Brun, who owns nine career NCAA victories.

“It’s a great relief. Not having to worry where I will have a place to play this summer is great. I have a good TOUR to play and it’s one step closer hopefully to the Web.com Tour next year,” said Brun.

One shot behind McNamara III and Donahoe was Los Osos, California’s Matt Hansen, with Richmond Hill, Ontario native Taylor Pendrith one of five players in a tie for fifth.

“It’s great that I got some status and I’ll be back home for the summer. That’s what I was hoping for and I’m glad it all worked out. I had a nice week and I’m excited for the summer,” said Taylor Pendrith, who will join fellow Golf Canada National Amateur Team alumni Albin Choi, Mackenzie Hughes, Eugene Wong, Matt Hill and Chris Hemmerich on PGA Tour Canada this summer. “I’ve been with the same group of guys for two, three, four years now and it’s always great to see all those faces.”