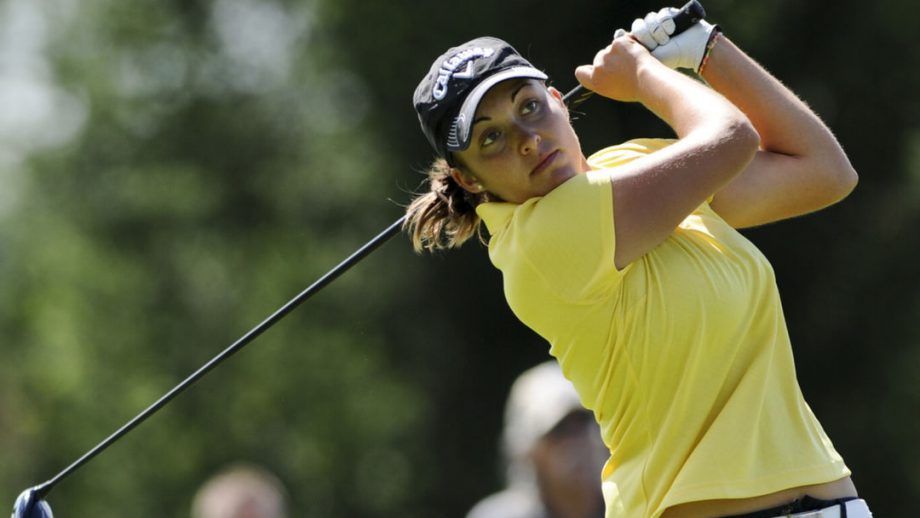 SARASOTA, Fla. – Nicole Broch Larsen of Denmark used a dream sequence on holes eight and nine to catapult into the lead at the Guardian Retirement Championship at Sara Bay. Larsen made a hole-in-one on eight and a birdie on nine and carded a 3-under 69 to take the outright lead into Sunday’s final-round at -3, 141. She has a three shot lead on Quebec’s Sara–Maude Juneau, who posted a 2–over 74 and stands at even–par, 144. There are three players within five shots of the lead.

Juneau posted a 2-over 74 on Saturday and will head into the final-round in contention for her first win.

“I had a couple bogeys to start the round, but I kept my calm,” said Juneau, who made bogey on three of her first seven holes. “The golf course was once again difficult today.”

Juneau made birdie on hole No. 1 to start her second nine after she stuffed her approach to six inches. She also closed with a birdie on the par-5 ninth when she chipped on and rolled in a 6-footer.

Juneau has two second places finishes on her resume and 14 total top 10’s during her career on the Symetra Tour. She will use her experience in pursuit of her first career win.

“This isn’t my first time being in contention heading into Sunday and I know what is important,” said Juneau, who was at home watching hockey while talking to the media. “I know I need my rest and I’m ready for Sunday.”

Larsen, the 2015 Ladies European Tour (LET) Player of the Year, had a ho-hum start to the day with seven pars. On the eighth hole, she made her third career hole-in-one and her first as a professional. With the wind against her, she hit a 7-iron from 155-yards and rolled it right in. It was just the second hole-in-one on the Symetra Tour in 2016.

“It was really cool and it was actually a really good shot,” said Larsen. “It bounced once or twice and then went in, I was pumped.”

She proceeded to follow up the ace with a birdie on nine to make the turn in 33. Her only mishap of the day was a bogey on 12. She closed with a 24-foot birdie putt on 18 to post the round of the tournament so far.

“I wasn’t able to birdie 17 so it was really nice to birdie 18,” said Broch Larsen, who finished third on the LET Order of Merit in 2015. “It’s a great way to finish and head into the final-round.”

Larsen is the top ranked player in the field at No. 72 in the Rolex Women’s World Golf Rankings. She will likely head back to the LET after this week’s event, but would love to earn her second professional win.

“A win is always nice and it doesn’t matter where it is,” said Broch Larsen. “It would be a big confidence boost if I can get the win. My game is going quite well and progressing day-by-day and hopefully I will have the trophy on Sunday.”

This is Larsen’s second Symetra Tour event. She missed the cut at the Chico’s Patty Berg Memorial last week.

She is also in great position to qualify for the 2016 Olympic Games. She currently ranks No. 30 on the International Golf Federation rankings and the top 60 on July 11 will qualify.

“Besides going to the LPGA in 2017, qualifying for the Olympics is my biggest goal,” said Broch Larsen. “A win will help me to get there as well.”

Broch Larsen will tee in the final-round at 12:13 p.m. on Sunday with Juneau and Volvik Race for the Card money list No. 1 Madelene Sagstrom (+2, Enkoping, Sweden).