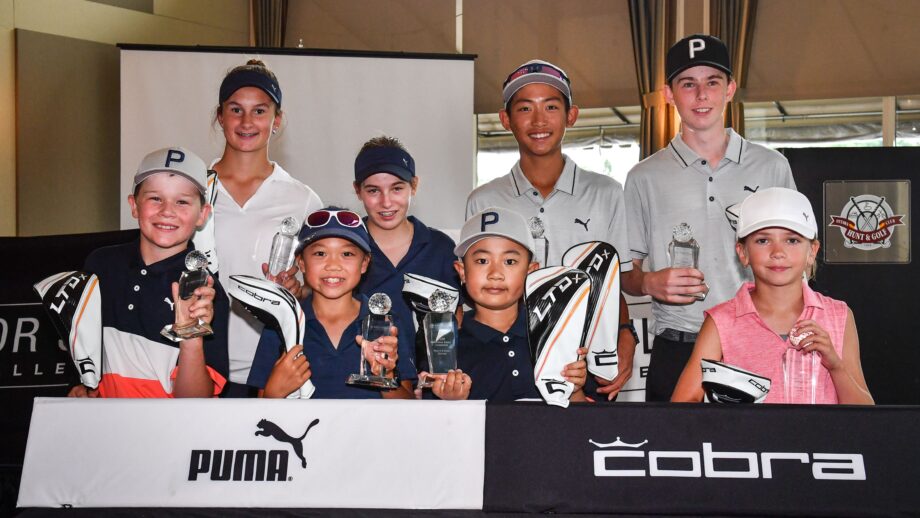 The 13th edition of the Junior Skills Challenge National Event wrapped up today in Ottawa after 30 of the top Canadian junior golfers showcased their skills in one of Golf Canada’s signature junior events.

The event took place at Ottawa Hunt and Golf Club which will also play host to the CP Women’s Open from August 22-28th. The National Event culminates a year-long process, which consisted of over 80 qualifying events across Canada and 1,500 junior golfers.

In partnership with the PGA of Canada and Cobra-Puma Golf, participants went head-to-head in putting, chipping, and driving competitions:

Putting: each competitor received one putt from each distance of 5, 10, and 20 feet with points awarded for holing the putt and proximity to the hole.

Chipping: each competitor received three shots for chipping with points awarded on distance of the chip from the target.

Driving: each competitor received three drives with points awarded for distance and aim of the drive.

The winners for each division of the Junior Skills Challenge National Event will receive prizing courtesy of Cobra-Puma Golf, with the winners of the 15 to 18 age groups receiving exemptions into their local NextGen Championship in 2023.

Below are the winners in each of the age groups:

Bosco Yang (Angus Glen Golf Club) captured the Boys 8 and under title honours following a climactic three-player tiebreaker. The Aurora, Ont., native recorded a score of 155 in the main competition and earned a score of 80 after going wire to wire in a very close three-way playoff competition. The winner was determined by a repeat of the putting skill challenge.

Bennett Thibideau of Cole Harbour, N.S. and Albert Cui (Angus Glen Golf Club) of Aurora, Ont. also recorded a score of 155 in the competition. After the tiebreaker, Thibideau clinched the runner-up spot with a score of 70, with Cui finishing the day at 60. Coompetition in this division was extremely tight with Newmarket, Ont. native Gianni D’Ambrosio coming in at only 5 points shy off the pace with a score of 150.

Successfully defending her division title earned in 2021, Joy finished in first place with a score of 185. The Calgary native posted impressive scores in both the chipping challenge (multiple 30 scores), and driving challenge (20 points on all three shots), which greatly contributed to her victory.

Noh placed second, with a total score of 160. Noh, like Joy, had a strong driving performance, posting 20 points on each shot.

The Boys 9-11 division came down to the wire, with all four golfers separated by 25 points leading into the final skill, putting.  Nickerson dominated on the putting green sinking both the 5-feet and 10-feet putts and coming within inches on the 20-feet for a total score of 220 to earn the title for this division.

At just 10 years of age, Chung posted the second-highest score of the day at 265, earning herself the Girls 9 to 11 division title. The Richmond Hill, Ont. native shined throughout the competition posting consistent scores across all skills and holing two of her three putts.

Chu started the competition strong with two drives earning 40 points each, and kept one step ahead of the other competitors through chipping and putting for a final score of 255 to earn the division title.

Olivia Johnson (Silver Spring Golf & Country Club) of Calgary, Alb. came out on top with a standout performance and score of 245, which included earning 40 points on both the 5-feet and 20-feet putting shots.

Matthew Brooks (Oakfield Golf & Country Club) had multiple 40 scores en route to winning the Boys 15-18 competition. The Halifax, N.S. native recorded scores of 40 in two of the driving events and 10-feet putting competition for a total competition score of 235.

Olivia Seaman (KenWo Golf Club) captured top honours in the Girls 15-18 event at the Junior Skills Challenge National Event. The Kentville, N.S. native recorded the best score out of any golfer at the Junior Skills Challenge on Sunday, posting a score of 270. Seaman delivered impressive scores in all three skills, recording 30 and above in driving and chipping, and holing out from 10-feet during the putting competition.