Jutanugarn shoots 67, climbs into lead at US Women’s Open 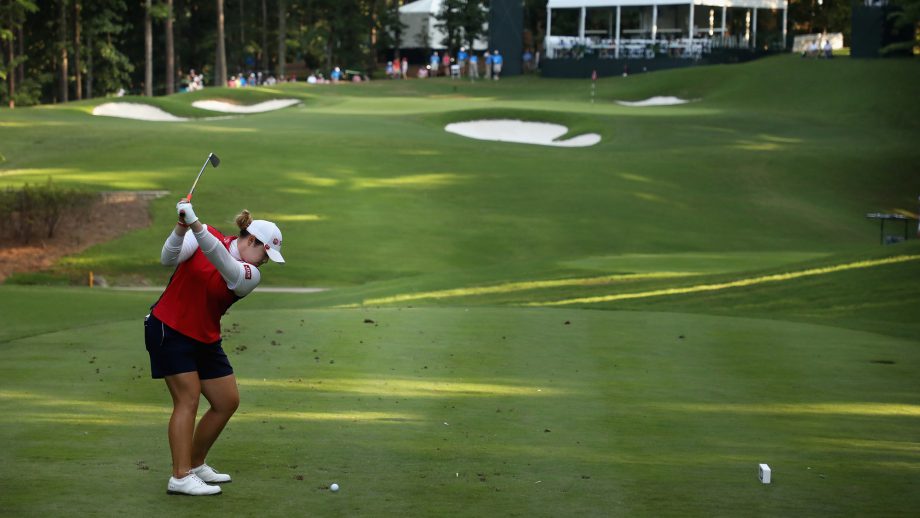 BIRMINGHAM, Ala. — Ariya Jutanugarn turned a three-shot deficit into a four-shot lead after shooting 5-under 67 Saturday at the U.S. Women’s Open at Shoal Creek.

The 22-year-old from Thailand started the third round behind Australia’s Sarah Jane Smith, but quickly gained ground, making two birdies on her first three holes.

Jutanugarn took the lead after Smith stumbled with back-to-back bogeys and then surged ahead with three straight birdies on the back nine. She was at 12-under 204 for the tournament.

Smith started the tournament with back-to-back 67s, but shot a 74 in the third round and didn’t make a birdie to fall into second place.

South Korea’s Hyo-Joo Kim was in third after shooting 68 and was six shots back.

Brooke Henderson of Smiths Falls, Ont., withdrew Friday morning after opening with a 73.