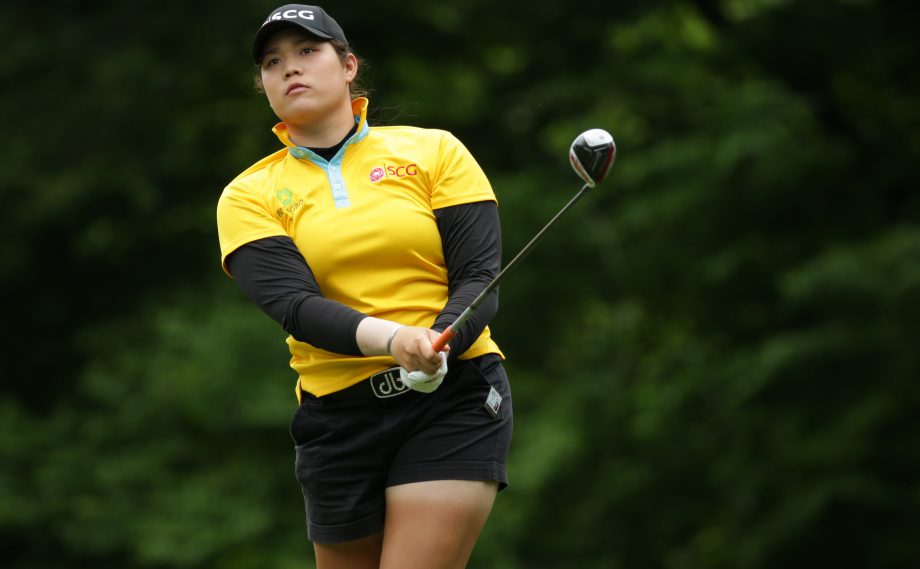 WILLIAMSBURG, Va. – Ariya Jutanugarn moved into position for her second straight LPGA Tour victory Saturday, shooting a bogey-free 6-under 65 to take the third-round lead in the Kingsmill Championship.

The 20-year-old Jutanugarn had three birdies in a four-hole stretch on the front nine on the soggy River Course and birdied three of the last six. She’s coming off a victory two weeks ago in Alabama that made her the first Thai winner in LPGA Tour history.

Second-round leader So Yeon Ryu bogeyed the final hole to drop a stroke back along with fellow South Korean player In Gee Chun and Thailand’s Pornanong Phatlum.

Ranked 11th in the world but sixth in the race for the four spots on South Korea’s Olympic team, Ryu shot a 69.

Canada’s Brooke Henderson, of Smiths Falls, Ont., is well back in a tie for 43rd after shooting a 71 in her third round.

Chun had a 62 to tie the course record set by Jiyai Shin in 2012. The U.S. Women’s Open champion is eighth in the world and fourth in the South Korean Olympic race.

Defending champion Minjee Lee was 8 under after a 68. The 19-year-old Australian won last year at Kingsmill in a Monday finish and added her second tour title last month in Hawaii.

Fourth-ranked Stacy Lewis, a stroke behind Ryu after a second-round 66, had a 70 to fall into a tie for eighth at 8 under. Lewis tied for second two weeks ago in Alabama for her 10th runner-up finish in a 49-event drought. The 11-time tour winner has 23 career second-place finishes.

Third-ranked Lexi Thompson had a 67 to move into a tie for 18th at 5 under. She’s coming off a victory two weeks ago on the Japan LPGA.

Top-ranked Lydia Ko was tied for 24th at 4 under after a 68. The 19-year-old New Zealander won the Kia Classic and major ANA Inspiration in consecutive weeks in Southern California.