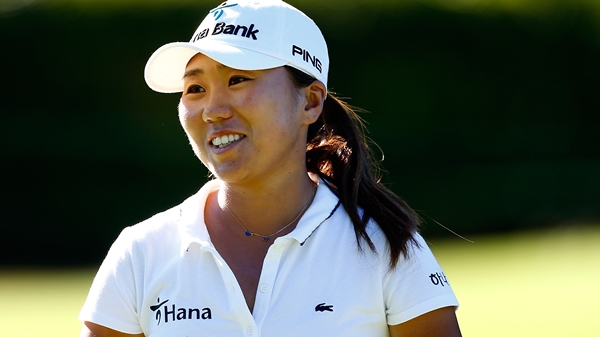 PORTLAND, Ore. – I.K. Kim birdied the first four holes on the back nine Thursday and finished with a 7-under 65 to take the first-round lead in the Portland Classic.

The South Korean player birdied seven of the first 13 holes and closed her afternoon round with five straight pars. She won the last of her three LPGA Tour titles in 2010.

Amelia Lewis and Jennifer Song were a shot back in ideal conditions at Columbia Edgewater.

Anna Nordqvist, a two-time winner this year, was another stroke back at 67 along with Mina Harigae, Julieta Granada, Laura Diaz, Alison Walshe, Emma Jandel and Paula Reto.

Juli Inkster, making her 28th appearance in the event at age 54, was in the group at 68. She won the 1999 tournament to wrap up a Hall of Fame spot. Also in that group at 68 is Jennifer Kirby of Paris, Ont.

So Yeon Ryu, coming off a victory Sunday in the Canadian Pacific Women’s Open, was in a group at 70 that included Na Yeon Choi, 18-year-old English player Charley Hull and Yani Tseng. Hull, playing on a sponsor exemption, won a Ladies European Tour event in Morocco in March.

Gigi Stoll, a senior at Beaverton High School, won the Portland Classic Amateur Open last week to earn a spot in the field, also had a 71.

Top-ranked Stacy Lewis, No. 2 Inbee Park and No. 3 Lydia Ko are skipping the tournament, giving them a two-week break before the Evian Championship in France.

Kim nearly won the 2012 Kraft Nabisco Championship for her first major title, but missed a 14-inch putt on the final hole of regulation and lost to Sun Young Yoo in a playoff.