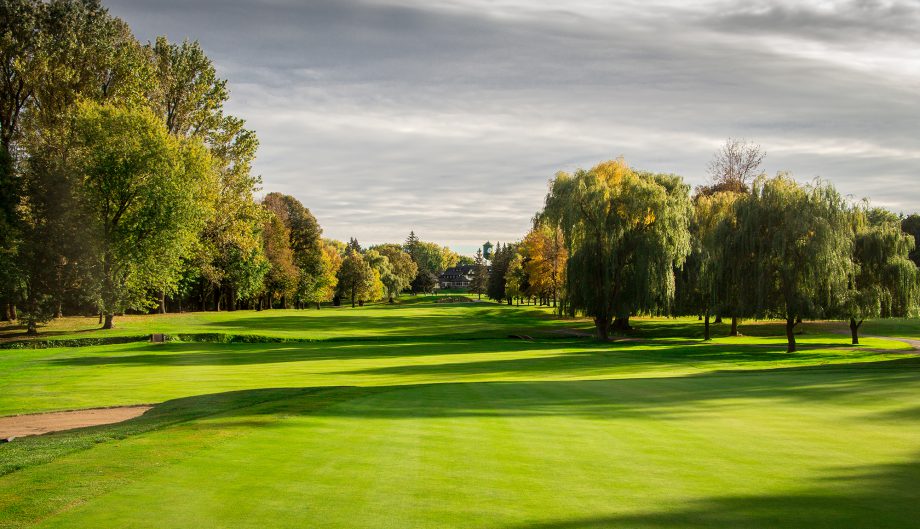 KAHNAWAKE, Que. – The 2017 Canadian Men’s Senior Championship heads to Kanawaki Golf Club for the 55th playing of the event on Sept. 11-14. A qualifying round will take place at Caughnawaga Golf Club on Friday, Sept. 8 before the championship’s four tournament rounds begin on Sept. 11.

“Golf Canada is thrilled to once again visit Quebec for our national amateur championships,” said tournament director Akash Patel. “It has been our pleasure to partner with these tremendous venues for what is sure to be a fantastic championship. Our hosts at Kanawaki have brought together a great team of volunteers; our players are going to have a wonderful experience.”

Ranked at No. 104 on SCOREGolf’s 2016 Best Courses in Canada 2016 list, Kanawaki Golf Club is one of Quebec’s premier private golf courses. Founded in 1914, the course–designed by Canadian Golf Hall of Fame brothers Albert and Charles Murray–features a challenging layout with lush fairways lined with majestic trees and quick, true greens, and was also where the movie “The Greatest Game Ever Played” was filmed.

A full field of 156 competitors aged 55-and-over from five countries will take to Kanawaki for the 55th playing of this national championship in hopes of joining its list of notable winners. Returning to defend his Canadian Men’s Senior title is Michael Mercier of Juno Beach, Fla., who shot a final-round 70 to win the event by two strokes.

John Gallacher of Burnaby, B.C., will play for a second consecutive Super Senior title after capturing the 36-hole, 70-and-over division in 2016. Also contested over the tournament’s first two rounds will be an inter-provincial team competition. Team Alberta finished 4-under 284 in 2016 to claim a dominant nine-stroke victory.

Following the opening two rounds, the field will be reduced to the low 70 players and ties. The champion will receive an exemption into the 2018 U.S. Senior Amateur championship to be contested at Eugene Country Club in Eugene, Or., from Aug. 25-30.

Additional information from the tournament can be found here, while details from the qualifying competition are available here.

Graham Cooke of Hudson, Que.
The 70-year-old is a member of the Canadian Golf Hall of Fame and has won the event two times in 2008 and 2009. Cooke is one of Canada’s greatest amateur golfers of all time and holds the record number of wins at the Canadian Men’s Mid-Amateur Championship with seven.

Pierre Archambault of Candiac, Que.
The 73-year-old is a member of the host Kanawaki Golf Club. He was recently inducted into the Quebec Golf Hall of Fame and he won the Quebec Amateur Championship three times (1972, 1979 and 1987). His victories include the 1974 Duke of Kent, the 1983 Alexander of Tunis and the 1987 Spring Open.

Michael Mercier of Juno Beach, Fla.
The 59-year-old comes in as the event’s defending champion. In 2015, he won the Welsh Open Seniors Championship at Nefyn and District on the North Whales coast.

Frank Van Dornick of Camrose, Alta.
Van Dornick finished T3 at the 54th playing of the event and earned low-Canadian honours. He is fresh off a win at the 2017 Guardian Capital Alberta Senior Men’s Championship – his fourth win at the event.

Jack Hall of Savannah, Ga.
The 60-year-old won the event in 2015 and finished T7 last year. On Aug. 21 he won the Golfweek Senior Match Play Championship at Tobacco Road Golf Club in N.C.

David Schultz of Calgary, Alta.
The 60-year-old won the event in 2013 after making a birdie on the final hold of the tournament. Shultz also won the 2016 Guardian Capital Alberta Senior Men’s Championship and the Calgary City Amateur Championship – the latter he won five times – earning himself a spot in Calgary’s golf Hall of Fame.

In 1995, the 70 and over Canadian Super Senior division was added and is contested through the first two rounds.

The winner of the Super Senior division is awarded the Governors Cup.

Paul Simon became the first person to win the British, U.S. and Canadian senior titles in the same year in 2010.

The winner receives and exemption into the 2018 U.S. Men’s Senior Amateur Championship.

The Disney movie “The Greatest Game Ever Played”, starring Shia LaBeouf, and based on the true story of Francis Ouimet and the 1913 US Open, was filmed at Kanawaki in 2004.