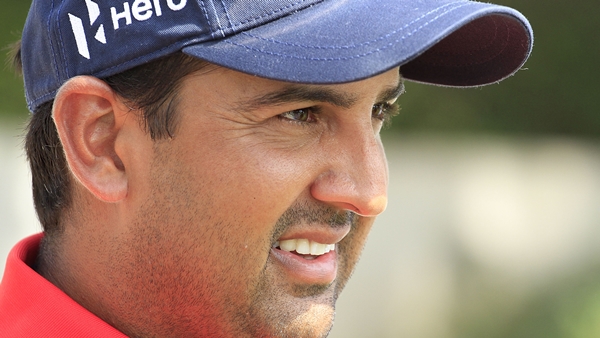 DUBAI, United Arab Emirates – India’s Shiv Kapur holed out from the fairway for eagle on the par-4 first hole and finished with a 6-under 66 on Friday for a share of Dubai Open lead.

The Dubai-based Kapur also had five birdies and a bogey to match Thailand’s Pavit Tangkamolprasert at 7-under 137 in the Asian Tour’s season-ending event. Pavit had a 70 at The Els Club Dubai.

India’s Arjun Atwal (65) and Gaganjeet Bhullar (69) were a stroke back along with Scotland’s Simon Yates (67) and South Korea’s Wang Jeung-hun (67). Northern Ireland’s Darren Clarke was six shots behind after a 71.