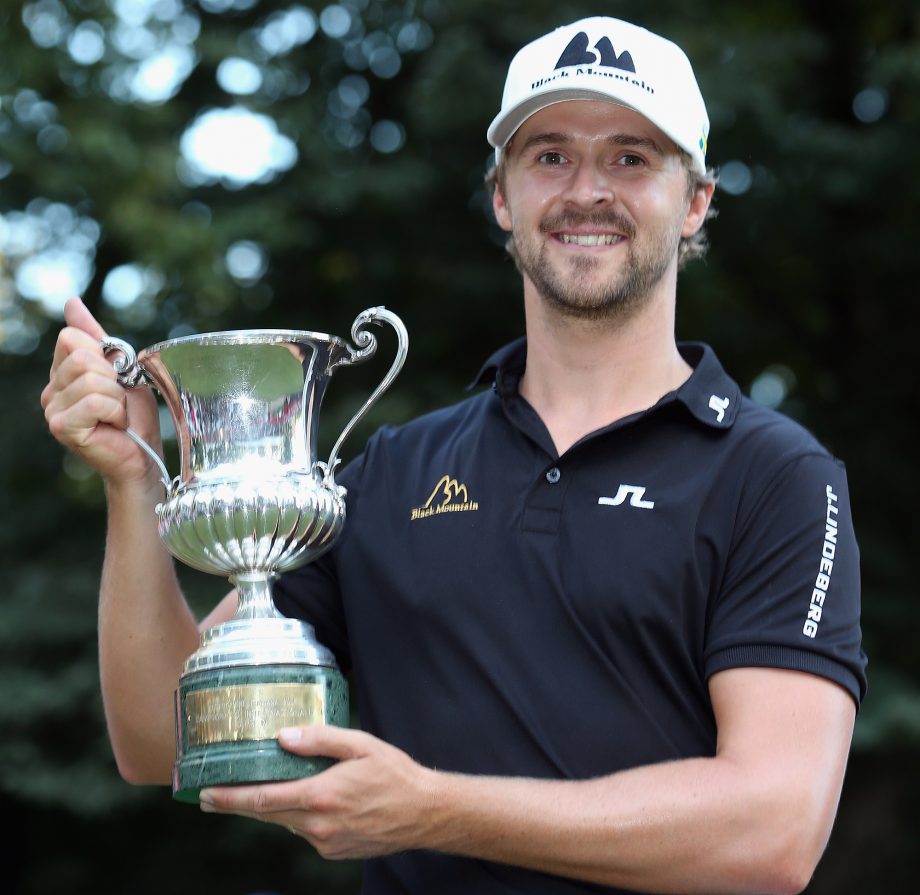 MONZA, Italy – Rikard Karlberg of Sweden beat Martin Kaymer in a playoff to win the Italian Open on Sunday for his first European Tour victory.

On the second playoff hole at the par-4 18th, Karlberg sunk a birdie putt following an impressive second shot out of the rough.

That came just after Kaymer missed his slightly longer putt.

“I don’t want to win on his mistake, I wanted to do a birdie,” Karlberg said. “To do it against Kaymer is incredible.”

Kaymer, who entered the final round with a share of the lead, also just missed long birdie butts on the 17th and 18th holes in regulation after having wasted a three-stroke lead.

It’s been quite a stretch for Karlberg, who came out of qualifying school, recently got married, moved back to Sweden from Abu Dhabi and has twins on the way with his wife.

“A lot of things are happening this year,” he said.

Both Karlberg and Kaymer came away with pars from the opening playoff hole, also at the 18th.

Seven golfers finished one stroke back in a tie for third: Joakim Lagergren and Jens Fahrbring of Sweden, Matthew Fitzpatrick and Danny Willett of England, David Lipsky of the United States, Lucas Bjerregaard of Denmark and Fabrizio Zanotti of Italy.

Kaymer made three bogeys in five holes on the back nine and required a birdie on the 16th to get alongside Karlberg, who crept up through the field and had three birdies on the final five holes.

“I didn’t think I had a shot,” Karlberg said. “But sometimes you get lucky and I got into a playoff.”