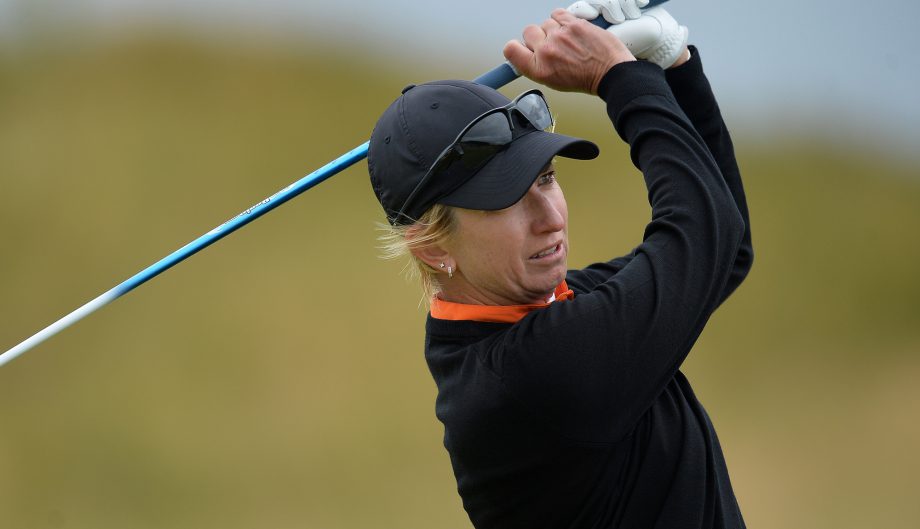 “Starting at 16 hole, it was a lot of rain,” Kim said. “It was just tough standing, holding the umbrella. The wind, it take off my umbrella. It was really tough to focus on each shot.”

“The wind pushed the ball,” said Kim, the South Korean player who won the Lorena Ochoa Match Play in Mexico in May for her sixth LPGA Tour title.

The leaders played the 18th in the most difficult conditions of the day.

“It literally was just coming sideways,” Webb said. “It was nice the tee was up today, so that made that hole a little less challenging. Sei Young hit two amazing shots in there to have an eagle putt.”

Webb birdied three of the first seven holes and dropped strokes on 13 and 15 before rallying with the birdie on 17.

“Very lucky to get in,” Webb said. “Very happy with 2 under. That back nine was definitely a struggle once it started raining.”

The 42-year-old Australian won the last of her 41 LPGA Tour titles in 2014 at the Founders Cup in Phoenix.

Kerr had two birdies and three bogeys playing alongside Kim and Webb.

“I played a lot better than the score today,” Kerr said. “I had two three-putts on the back, which were kind of uncharacteristic. Just got to do better.”

The 39-year-old American won the LOTTE Championship in April in Hawaii for her 19th LPGA Tour title.

Spain’s Carlota Ciganda (70) and South Korea’s Sun Young Yoo(73) were tied for fourth at 2 under.