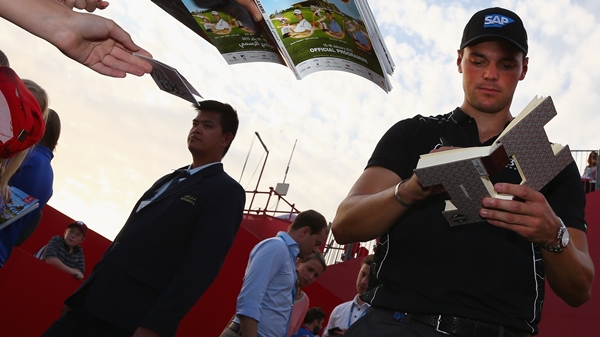 ABU DHABI, United Arab Emirates – Martin Kaymer turned what promised to be an exciting weekend duel with Rory McIlroy into a procession at the Abu Dhabi Championship.

Seeking a fourth title in eight years in Abu Dhabi, Kaymer shot a 7-under 65 in the third round on Saturday to extend his overnight lead from one stroke to six. He moved to 20-under 196 overall – a record-low total here after 54 holes.

The U.S. Open champion’s pace was too hot for McIlroy, whose putting failed to match his tee-to-green play as he shot 71. The top-ranked McIlroy is eight strokes behind Kaymer and dropped from third into a share of fifth.

Belgium’s Thomas Pieters shot 70 to stay second and will play in the final group Sunday for the second straight day.