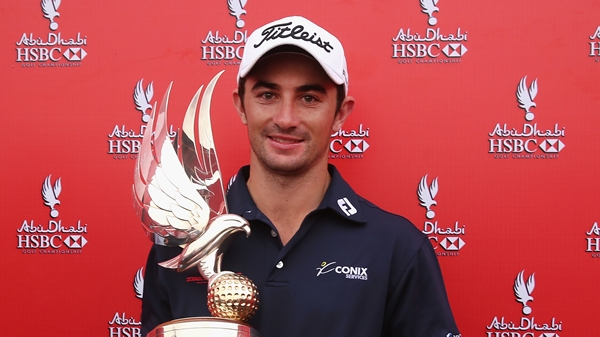 ABU DHABI, United Arab Emirates – Gary Stal of France came from 10 shots behind to capitalize on an improbable meltdown by Martin Kaymer and win the Abu Dhabi Championship after a frantic final round on Sunday.

Kaymer looked like cruising to a fourth title in Abu Dhabi after making three birdies in his opening four holes to extend his six-stroke lead from overnight, only to drop six shots in seven holes around the turn.

The No. 357-ranked Stal pounced with six birdies from Nos. 4-11 and held himself together down the stretch, picking up another shot at the 16th to capture his first European Tour title. He shot a 7-under 65 for 19 under overall.

Kaymer shot 75 for 17 under and third place. Top-ranked Rory McIlroy had a 66 to finish second, a shot behind Stal.