Keith Pelley leaving Rogers to head up the European Tour 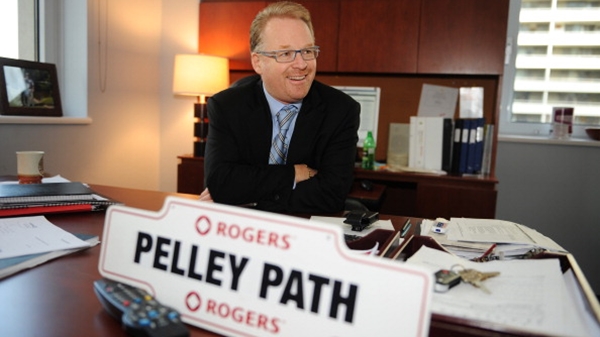 TORONTO – Rogers Communications has announced that its President, Keith Pelley, will leave the company to become the new Commissioner and CEO of The European Tour – a global golf tour featuring 48 events in 26 countries. He will remain President of Rogers Media until his departure this summer.

“Keith has done a tremendous job for the company over the past five years and I’m delighted for him and his family,” said Guy Laurence, President and Chief Executive Officer, Rogers. “He’s been a key player on the NHL file and has done a terrific job of reinventing the way Canadians experience the NHL. Under his leadership, Sportsnet is on the cusp of becoming the number one sports media brand in Canada.”

During his tenure, Pelley repositioned the media business to address the changing media landscape. He reorganized the media division, breaking down silos to function in an integrated manner across the diverse portfolio of assets; he led the push to digital across the publishing brands; launched shomi and Next Issue in Canada; launched Sportsnet magazine to make Sportsnet the only five-platform sports media brand in the country; and expanded the reach of the company’s TV assets to deliver world-class content to more Canadians. He joined the company in August 2010.

“Rogers is a terrific company with the best collection of media assets in the industry. Guy has a clear vision for the company and it’s been exciting to be a part of it.  This truly is a dream job that only comes up once in a lifetime. It was a very difficult decision,” said Pelley.   “I know I’ll never be a professional golfer, so this is the next best thing.  The Tour already has a highly regarded reputation and I look forward to building on this using my experience here at Rogers Media to ensure it remains at the forefront of the game across the globe.  We’ve got a great team at Rogers Media, they know what we need to do.  We’re in good shape.”

A search for Pelley’s successor will begin and details on his exact departure date will be announced later.