Keith Pelley: ready for the road ahead 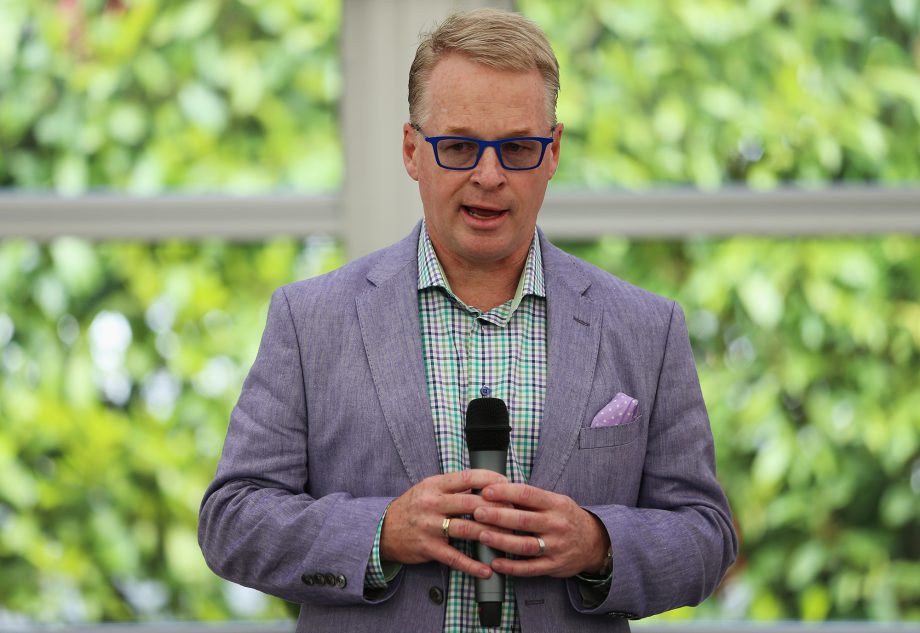 If you ask Keith Pelley, the new Chief Executive of the European Tour, what his biggest adjustment has been since taking over the role after five years as the President of Rogers Media, the answer is simple: the driving.

No, not the big swing from the first tee at Wentworth Club – where both his office and his home is located, but the actual driving of his car around the streets of Surrey, England.

“I was taking my boy (Pelley has a 12-year-old son, Jason, and a 8-year-old daughter, Hope) to hockey and the GPS said to take the third exit, but I couldn’t get to the third exit. I’m going around the roundabout three times before I can get off,” Pelley exclaims, his voice rising and then turning into a hearty chuckle.

The 51-year-old has been at the helm of the largest professional golf Tour outside of North America for just over three months now, after taking over for George O’Grady, who was the Chief Executive for 10 years. Pelley recently had lunch with John Jacobs, who started the European Tour in 1972. He says Jacobs, who was a well-celebrated golf instructor and is now 90, was trying to change Pelley’s grip as their meal was finishing.

“I couldn’t be happier,” Pelley says. “It’s always been a lifelong dream to work in the golf business and work with a brand that has such a rich history. It’s an opportunity to combine business and sport, and one of the sports I love.”

Pelley’s stock was at an all-time high after he helped to negotiate the biggest television rights deal in Canadian history – the well-publicized NHL deal worth $5.2 billion – that is in its second of 12 years. According to SCOREGolf, Pelley first interviewed with the board of directors at the European Tour via Skype, and then was flown to England for a weekend of interviews and a presentation.

Pelley became a well-known sports media figure through the late 1990s as the President of TSN. In the early 2000s he was the CEO of the Toronto Argonauts, helping to lead them to victory at the 2004 Grey Cup. After that, he had a successful stint as the President of Canada’s Olympic broadcast media consortium, and then became President of Rogers Media in 2010.

“I loved my role at Rogers and I had an enormous respect for the whole Rogers family (Pelley then goes on to list each of the family members by name). My five years could not have been better,” he explains. “It was very difficult to leave Gary Bettman and the NHL deal – which was obviously very historical and one I was very proud of.”

But like many golfers, he had a desire to work in the game he loves. It was one of those jobs, he says, that comes along once-in-a-career.

“I love golf, and my family was certainly up for an adventure,” Pelley says. “The timing was right with the age of my kids and at the end, it was a very tough decision. I knew it was going to take something special for me to leave, and this was in fact just that.”

Pelley has had an interesting start to his tenure, as the Tour appears to be at a crossroads.

He has already granted Rory McIlroy – arguably the Tour’s biggest star – a special condition to participate in the season-ending Race to Dubai (due to the injury he suffered earlier this summer), and was in the news recently when Rich Beem withdrew from the Hong Kong Open in order for Ian Poulter to take his spot and play the mandatory 13 events needed in order to qualify for the European Ryder Cup team.

“For a professional golfer like Rich Beem to do what he did was terrific. It shows the class and maturity […] and Ian has done everything he possibly can to get there,” explains Pelley.

Through it all, Pelley recognizes the athletes and their characters are what make the Tour so successful.

“You’re dealing with the likes of Rory and Ian and Justin (Rose) and Shane (Lowry) and their personalities is one of our Tour’s main strengths. Over five weeks, we had winners from five different countries,” Pelley says. “Our players are our recipe for success.”

“This is a membership organization. The feedback and the dialogue we’ve had about growing it has been great, and (the players) are going to be a part of it,” he continues.

There are four events left in the European Tour’s schedule, including the WGC-HSBC Champions. Prior to that tournament, Pelley will be in Shanghai on a panel with industry heavy-hitters like PGA Tour commissioner Tim Finchem, LPGA Commissioner Mike Whan, and Rickie Fowler, talking about the global game and a little bit more about 2016.

Pelley admits there will be some changes to the Tour next year, but says he is looking more long term than short term.

“Those plans we have from a long-term perspective will be articulated to the general public and players in due course,” he explains. “We have a strategy we’re working through, and are excited to execute in 2016.”

While adjusting to life across the pond (including the roads), and aggressively developing a go-forward business plan for the Tour, Pelley has also enjoyed working with his new colleagues immensely.

During the Blue Jays magical playoff run, he convinced his staff to become fans of the team. Even with the time difference, he couldn’t let go of the love he has for the blue birds.

“After we clinched, I sent John Gibbons a note and it came back to me about 15 minutes later. I saw it was five in the morning,” he says, laughing. “I thought, ‘What was I doing?’”

With the Jays out of the playoffs, Pelley’s focus remains solely on the task at hand: leading the European Tour through 2016 and beyond.

He’s learning something new every day, he says. Including the best way to get through those pesky roundabouts.