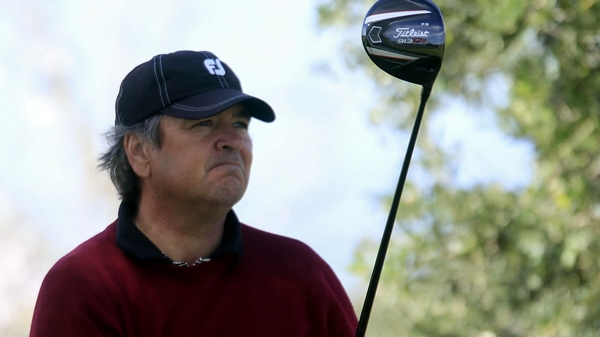 Ken Tarling jumped out to an early lead at the Mr. Lube PGA Seniors’ Championship of Canada presented by Adams Golf after a bogey free round of 5-under-par 65.

“Luckily for me it was a pretty clean round of golf out there today because I hit a lot of fairways and greens,” Tarling said of his first round at Beverly Golf & Country Club. “This is just a fantastic golf course and it’s in wonderful shape.”

Located in Copetown, Ont., Beverly Golf & Country Club is a classically designed Robbie Robinson gem and is often referred to as one of the best secrets in Canada golf. At more than 6,500 yards, the par-70 layout features angled greens, traditional bunkering and large mature trees.

This year’s PGA Seniors’ Championship of Canada is contested over 36-holes, where as in past years it has been played over 54-holes. Rutledge, who has won this championship in 2010, 2012 and 2013, says it’s important to get off to a solid start.

“It’s more like a sprint out there this year, so you try and play very aggressively,” Rutledge said. ”

Jean LaForce, Don Graham, David Miller and Marc Girouard round out the top five after rounds of 3-under-par 67.

In total, 17 players are within five shots of the lead heading into Thursday’s final 18-holes at Beverly Golf & Country Club.

Attendance to the Mr. Lube PGA Seniors’ Championship of Canada presented by Adams Golf is free and spectators are encouraged to attend during tournament play.